By Jennifer Pernicano on November 6, 2015
Advertisement 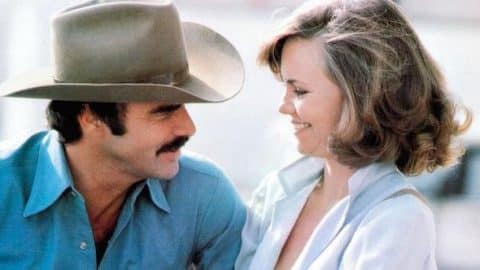 In the late 1970s, one of Hollywood’s ‘It Couples’ was Burt Reynolds and Sally Field.

They dated for many years and starred in four movies together. Sadly, their relationship ended and apparently, Reynolds has yet to heal. In a recent interview with Vanity Fair, Reynolds said, “I miss her terribly. Even now, it’s hard on me. I don’t know why I was so stupid.”

Hours after Vanity Fair published their interview with him, Field was appearing at the Women’s Media Center Awards in Mew York City. At the event, she heard about the comments Reynolds made, and wants to keep her response minimal and private.

“I didn’t hear that yet,” she said. “I have no response, really, and any response I would have would belong to him.“

After Reynolds and Field split, his career suffered, he thinks because people thought he had returned to his playboy ways.

Take a look at Field and Reynolds in Smokey and the Bandit below.