[WATCH] Johnny Cash Sings A Song To A Crow 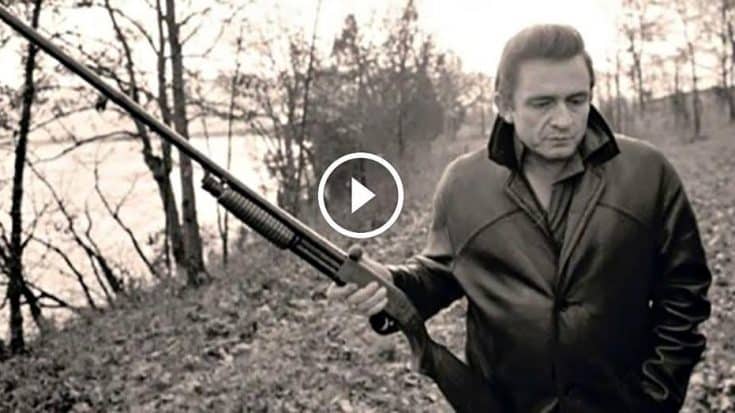 1968 was a big year for Johnny Cash. In the year that he called the happiest of his life, he married June Carter, he was named CMA’s Entertainer of the Year, and At Folsom Prison was released.  Fortunately for filmmaker Robert Elfstrom, he was able to collaborate with Cash for a stunning documentary about the Man in Black.

Throughout 1968 and 1969 Elfstrom traveled the country with Cash as they visited a variety of places, including prison and a visit to Cash’s family in his native Arkansas. The result? A gripping documentary titled Johnny Cash: The Man, His World, His Music. In one of the film’s most moving scenes, Cash goes hunting and wounds a crow. He then picks up the wounded bird and starts talking to it. Elfstrom talked about that enchanting moment in a PBS interview in 2008.

“That scene, to me, says a lot about who Johnny Cash is,” Elfstrom said. “John was not always warm and fuzzy like a panda bear all the time. He’s like that part of the time, but he also has a sharp edge and steeliness to him.” Elfstrom elaborated on the situation.

“One day, we were hanging out in his house, and he said, ‘I want to go hunting.’ He grabbed his shotgun and was walking through the land around his house when he spied a crow and whipped off a shot. John was a dead shot, so he wounded the crow, and the bird hit the ground. When he picked up the crow, you could feel that something was going through John’s head; he’d almost killed something that maybe he shouldn’t have, and he felt badly about it, but that instinct to hunt and wound was a part of him too. So John carried the crow and sat down in the shade, and I could see he was kind of pissed off at himself. I kept some distance from him, and the next thing I knew, he was writing a song to the crow.”

The documentary, originally named Cash, was re-edited and renamed for airing on PBS in 2008. Watch the opening hunting scene from Johnny Cash: The Man, His World, His Music below.