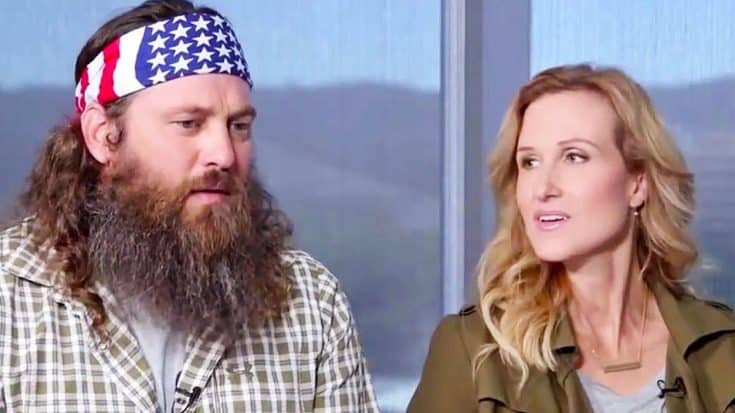 Willie and Korie Robertson absolutely adore their kids, which is why they have never been afraid to discipline them when they need it.

In an interview with Entertainment Tonight, the couple says they use a combination of kindness and strength to discipline their five kids, John Luke, Sadie, Rebecca, Bella, and Will.

As they also admit, their form of discipline sometimes includes the occasional spanking.

“There was a handful of spankings,” Willie says. “I mean, we certainly use that as an option. Not very much—we try to talk. Sometimes you gotta do a little swat, you know.”

While John Luke and Will were always “hard-headed,” and thus earned themselves a few more spankings, Willie says that some of their kids learned their lesson from different forms of discipline.

“I could look at Sadie one way, and she would start cryin’—like that!—it wasn’t a spanking or anything like that, she was so sensitive,” Willie says.

Korie says that it’s always tough for parents to use any form of discipline, but that kids still need it every now and then.

“Kids need to see a strong role model,” she says. “They need to see somebody who’s confident and knows what’s up.”

Watch Willie and Korie’s interview with ET on disciplining kids in the video below.

We’d say that Willie and Korie have nothing to worry about, because all of their children seem to have turned out just fine!