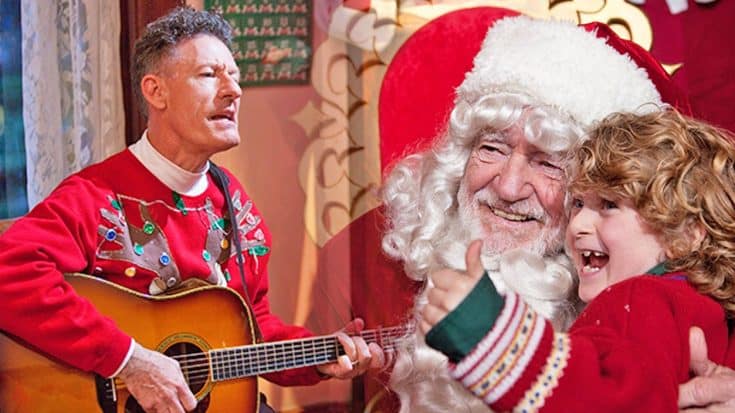 Can you imagine anything better than a country star-studded Christmas movie!?

In 2013, the magical (and star-studded!) movie “Angels Sing” was released. The movie is an adaption of the 1999 novel, When Angels Sing.

The movie is set in Austin, TX and follows the story of a real-life grinch, Michael (Harry Connick, Jr.). When the out-of-towner moves into a spirited neighborhood, he has a difficult time finding his holiday cheer due to an childhood incident that turned him off of Christmas.

With the help of a very mysterious, and Christmas-loving character, Nick (Willie Nelson), Michael is able to find his inner love for the holidays.

Although the storyline is interesting itself, the movie’s cast proved to be even more interesting…

Despite what you may think, the musician casting wasn’t on accident. The movie’s director, Tim McCanlies, told Billboard,

We already had a great start with Harry and Willie and Kris, so I told our casting director ‘let’s put everybody who’s a musician in the movie’. I’ve never worried about musicians as actors. They are just natural actors and I don’t know what it it is — they use the same part of the brain, but differently somehow? I just love working with these naturals.

Don’t worry, you’ll still get to hear the country star’s perform, as Willie delivers a heart-wrenching rendition of ‘Amazing Grace‘ in a picture perfect church setting.

Check out the movie trailer below, and we’re sure it will get y’all in the holiday spirit.