VIDEO EVIDENCE: This Cow Is Convinced He’s A Dog! 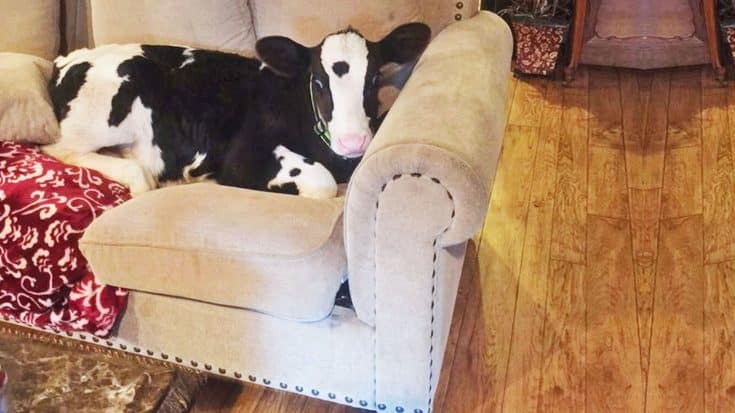 Goliath the cow is stranger to a pasture, but it’s is likewise acquaintance with the sofa that has him breaking the internet.

Here stands a cow who roams around the front yard, has a bed on the porch next to his pal (the dog, of course) and gets to come have a seat on the couch every so often. His owner quite literally believes that he thinks he’s a dog.

In some videos and photos posted to a Twitter account created specifically for Goliath, his owner pretends to be him and adds colorful commentary to his life documentary.

Check out this cow’s hilarious life of luxury below!

My cow thinks he’s a dog… We left the door open for 5 minutes pic.twitter.com/Wj1OHygrAH

Here Goliath sits before all of his kingdom.

And his outdoor court where all the people come to visit him. (E.g. The dog.)

When it’s too cold, he takes his meals inside the walls of the castle.

HE ALSO EATS DOG FOOD THIS IS NOT A JOKE HE THINKS HES A DOG pic.twitter.com/h4zDEeqop4