By Miranda Raye on November 12, 2015
Advertisement 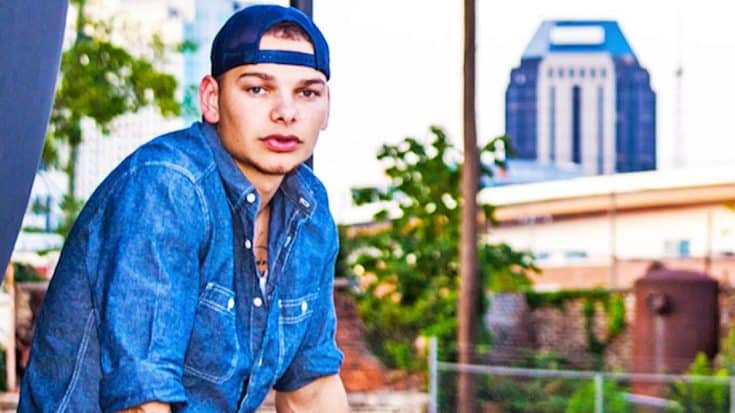 Kane Brown has become famous for his covers of country legends like George Strait, Toby Keith, and Alan Jackson. Over the course of just a few weeks, Brown has gathered a massive following, with fans sending requests to him to cover their favorite country songs.

But now, thanks to his sudden increase in popularity, Brown was able to move forward to produce his first original single, “Used To Love You Sober.”

Brown first released the song on his birthday on October 21, 2015, and it reached the second spot on the Country Digital Songs chart after being available for just two days.

The single is the perfect blend of classic and modern influences, with Brown’s powerful country voice combining with a mixture of instruments. Lyric wise, the song tells the familiar country music story of drinking away the pain of heartache.

Right now, Brown’s is functioning purely as an independent singer. But due to all of the buzz he’s generated, it could be possible for him to become country music’s equivalent to Justin Bieber, going from ordinary person to superstar through the power of social media.

Listen to Brown’s “Used To Love You Sober” in the video below.

We’re anxious to see what the future has in store for Brown and his undeniable talent!