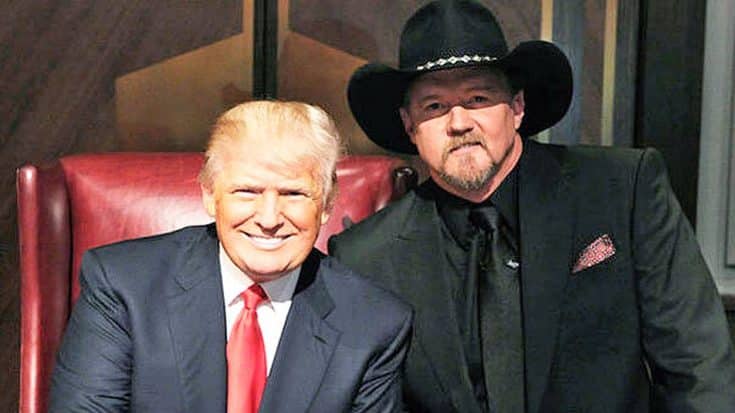 Trace Adkins has gotten to know Donald Trump well over the years after starring on two seasons of Trump’s show The Celebrity Apprentice.

Adkins was the runner-up on season seven of The Celebrity Apprentice, and ended up coming back for the all-star version of the show five years later, when he took home the championship title.

Because of his time on the show with Trump, Adkins says that people assume he knows what the Republican presidential candidate is thinking.

“People ask me all the time, ‘What’s up with Trump?’” he says in an interview with Michigan radio station WIN 98.5.  “Like I know, like he calls me, asking me what I think.“

Even though Trump hasn’t personally consulted with him, Adkins believes that he is the right type of person for the presidency right now.

“I think we ought to try a businessman running the show for awhile. I mean, nothing else has worked. The whole thing has just gotten — I mean, it’s just really hard to take any of it seriously right now. It’s just so crazy, just the way this whole campaign in all respects has just gotten a little silly from time to time.”

But despite the “silliness” Adkins sees in some aspects of Trump’s campaign, he really does think that Trump takes his candidacy seriously.

“I think we’re in a very serious place in the history of this country and we need to take it pretty seriously, and I think he does,” Adkins says. “But I don’t think anybody else takes him seriously, so he’s having to deal with that.”

Whether you agree with Adkins or not, there is no denying that he is an extremely talented performer. Tune in to his live performance of his hit song “You’re Gonna Miss This” from season seven of The Celebrity Apprentice.

What do you think? Were you expecting this type of response from Adkins?