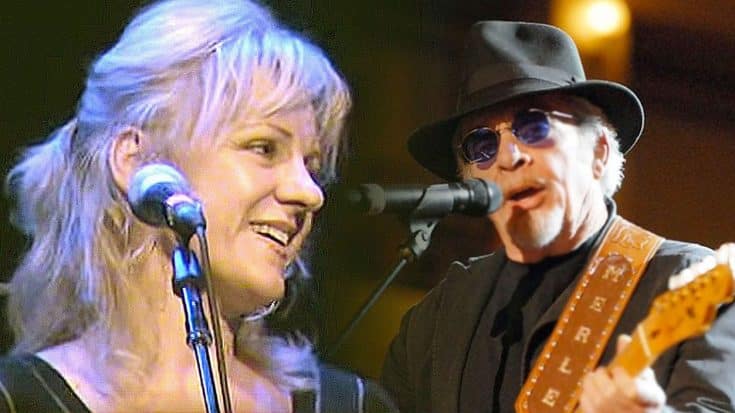 Merle Haggard likes to turn his performances into a family affair. One member of Merle’s family who is extremely involved in performances is his youngest son, Ben, who is a talented guitarist.

Ben started touring with his dad at the age of 15, and eventually became the lead guitarist of his band, The Strangers. Today, at the age of 21, Ben continues to go on tour with his father.

Back in 2008, Ben was just making his musical debut when he joined his father for a performance of his #1 hit song “That’s the Way Love Goes.”

Merle starts off singing the song, when a little over halfway through he steps aside and points to the corner of the stage, where Ben is playing the electric guitar.

Ben looks so calm as he plays his solo, glancing in the direction of his father as he strums out the notes.

What makes this performance even better is the fact that Ben’s mother and Merle’s wife, Theresa, is also on stage. She is standing directly behind Ben, and you can tell that she is beaming with pride as she watches her son play.

It must have been such a touching experience for Theresa to watch Ben play along with his father on stage!

Watch Merle and Ben’s live performance of “That’s the Way Love Goes,” in the video below.

We’re sure that Merle and Theresa must be so proud of their boy!