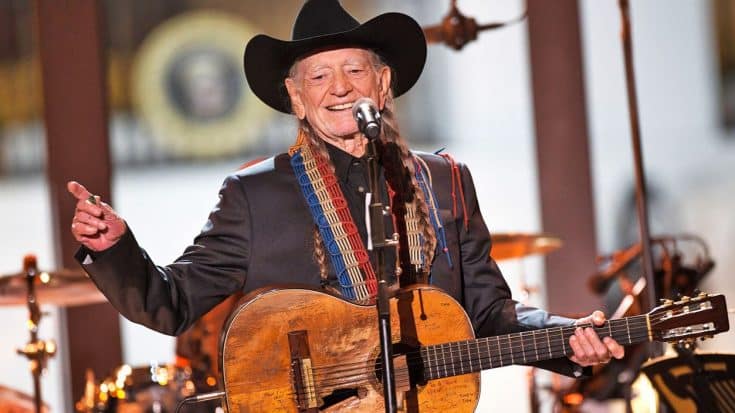 Throughout his sixty-year career, the legendary Willie Nelson, has received many incredible honors that some country stars can only dream of.

Now he can add another honor to his long list of achievements, as he is officially the first country star to win the Library of Congress Gershwin Prize for Popular Song.

On Nov. 18, Willie’s career will be celebrated, as he receives the incredible award. Previous winners of the award are some of the greatest artists of all time, including, Stevie Wonder, Paul McCartney, and Billy Joel.

The Library of Congress defines the award,

The whole Nelson family traveled to Washington, D.C., to cheer on Willie as he accepts the prestigious award. Throughout the journey, Willie’s proud son, Lukas Nelson, has been keeping fans up to speed!

He first posted a photo of Washington, D.C., to get fans ready for the big day.

Lukas then shared a photo of the whole family with the caption, “The Nelson Family at the Library of Congress.” How cool!

The Nelson Family at the Library Of Congress #gershwinawards

Posted by Lukas Nelson & Promise Of The Real on Tuesday, November 17, 2015

A photo from the opposite angle was then posted,

Posted by Lukas Nelson & Promise Of The Real on Wednesday, November 18, 2015

And Lukas even posted a photo of his father exploring the Library of Congress. Now that is impressive!

Dad checking out the treasures in the Library of Congress #gershwin

Posted by Lukas Nelson & Promise Of The Real on Tuesday, November 17, 2015

The Library of Congress praised Willie on their site, saying,

Nelson’s music pushes genre boundaries and his lyrics give voice to America’s heartland. He put his imprint forever on country music and introduced it to new audiences by expanding music’s avenues in the ‘70s to create “outlaw country.” He has continually broadened his musical language, crossing into jazz, blues, folk, rock and Latin styles. A guitar virtuoso with a unique voice, Nelson is an artist whose work continues to inspire new musicians of diverse genres.

Congratulations, Willie! You deserve it!

Below are some of Willie Nelson’s greatest songs – check it out!