Blake Shelton Reveals How He Saved His Own Life! 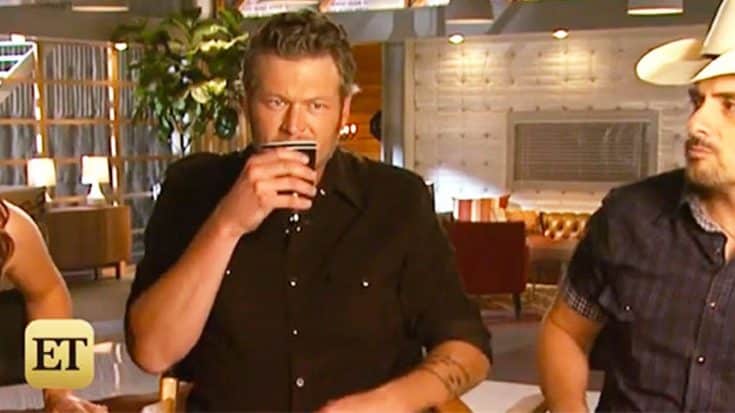 While rolling around in his own home state of Oklahoma, country superstar Blake Shelton stumbled upon some young fellas that were in need of a helping hand.

Returning home between live ‘Voice’ shows, Shelton was out and about in the sticks when he saw a couple guys walking the other direction. When he stopped to see if they needed help, it turned out they were stuck in a mud hole and had been there for several hours! Shelton was more than happy to help and dug them out with his tractor!

When Entertainment Tonight asked about his weekend rescue endeavor upon his return to The Voice this week, he downplayed the heroic act quite a bit.

“I didn’t save their [lives]. I pulled them out of the mud in order to save their lives from their parents.“

“I knew what was going to happen to ’em,” Shelton added. “It was like, ‘We’ve got to get you kids outta here because you’re going to be grounded!'”

Next, the 39-year-old singer was asked about the most heroic thing he’s ever done and his answer was surprisingly cheeky…

“Ya know, for myself – I make a real good Bloody Mary…and I have saved my own life.”

“Sometimes in certain mornings I’ve woken up and it’s like ‘I’m gonna die, I’m going to die, I feel so crappy’ and just in the nick of time… I was able to save myself with a Bloody Mary.”

If it’s that good, maybe next time he’ll share the recipe!

Check out the video below for Blake’s hilarious antics and more!