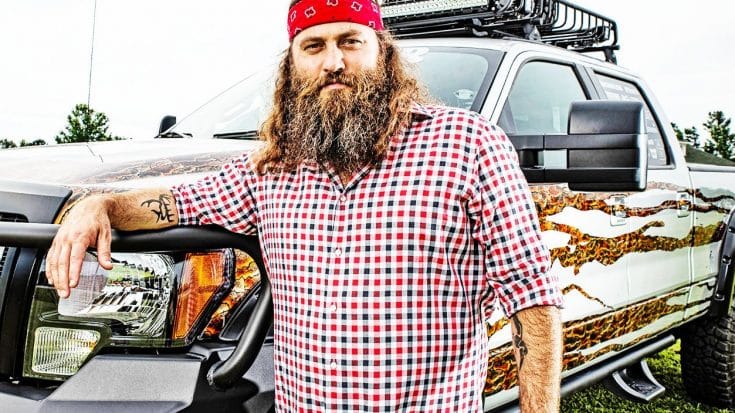 Willie’s book, which was released the same day as wife Korie’s, is a collection of amazing stories from both famed hunters in American history and his own personal tales.

The idea for the book was presented to Willie and he jumped at the opportunity to work on the project.

“I wanted to see the impact hunting had on this country. I’ve grown up hunting my whole life. It’s been our family business as well. Obviously our family is passionate about hunting and the great outdoors so I wanted to put this collection together.”

Obviously the Robertson clan are avid hunters and sportsmen alike, so they have experienced a lot when it comes to hunting and wildlife, but Willie confessed that there were some surprising moments while working on the book…

“A lot surprised me…how hard it was, how harsh our young America was. People really hunted out of necessity. Now we do it because we love it. Back then because they were exploring this big country, they were pushing West, hunting came with that. It’s good and bad, we about decimated our buffalo…animals were over-hunted.”

Willie praised former president Teddy Roosevelt for his conservation efforts and work on many of the hunting regulations that are still in place nearly 100 years later. He also says that hunting allows him to feel closer to God, especially during really busy times.

“I do [feel closer to God]. It slows down. I’m super busy with the television show and the kids and you get out there and you turn the cell phone off and it’s just you and nature and the animals and how they survive. It’s very spiritual.”

With such a connected, grounded, and cultured outlook, he makes a great spokesperson for hunting, especially in this modern day where he often faces scrutiny for his beliefs.

Check out Willie’s interview in the video below and you can pick up a copy of his newest book here!