This Underground Man Cave Is Like Nothing You’ve Ever Seen Before! 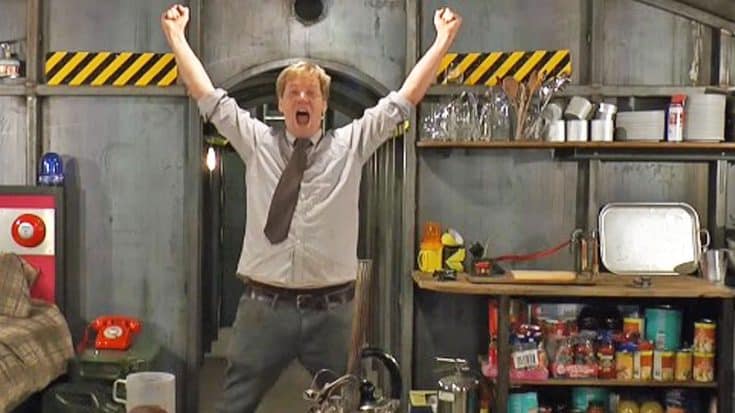 Many men dream of having the ultimate man cave, and one particular man designed a man cave that has both fun and functional purposes.

Most people think of man caves as the ultimate place to relax and spend fun times with friends, but a YouTube user named Colin Furze designed his to have a practical purpose as well…it also doubles as a bunker in case of an apocalypse.

Furze, who is a plumber and inventor as well as a popular YouTube star, designed the bunker under a shed in his backyard.

Complete with curved ceilings, a large flat-screen TV, and a drum set, Furze’s creation truly is the ultimate man cave. The bunker also has a working toilet, electricity, and surround-sound speakers.

Of course, there are plenty of survival supplies inside the bunker in case of an apocalypse or other emergency, such as canned food, toilet paper, and various weapons.

It seems like Furze left no stone unturned while he was designing his post-apocalyptic man cave!

You can watch Furze’s detailed tour of his man cave in the video below.

What do you think? Would you like to build a similar thing in your backyard?