Bindi Irwin Wins Dancing With The Stars After Emotional Season 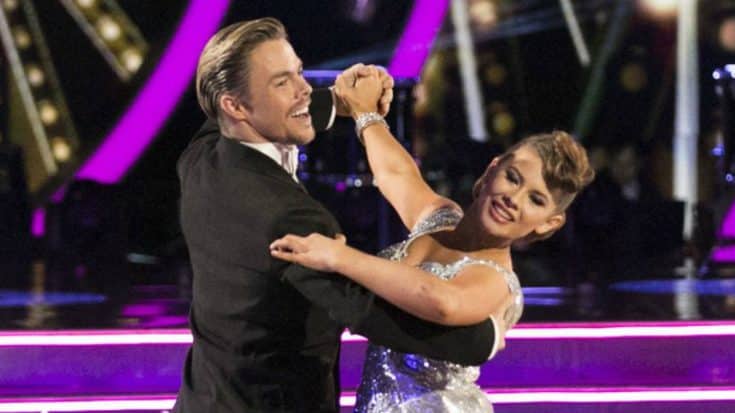 Season 21 of Dancing With the Stars has come to an end tonight with fan-favorites Bindi Irwin and Derek Hough taking home the mirror ball trophy.

The 17-year old, and youngest winner ever, joined this season’s cast as a way to honor her late father, wildlife expert and Crocodile Hunter, Steve Irwin.  Steve was only 44 when he was died in 2006, and Bindi has used every opportunity to honor his memory. We often saw a vulnerable, emotional Bindi as she relived her childhood through her dances and twice dedicated her performances to her dad. One of those dances was last night’s freestyle finale performance.

“Sometimes during rehearsals it feels like there are three people in the room,” Bindi said. “Derek put that in this freestyle, and I feel that Dad is with me every day.”

Following last night’s emotional dance to Leona Lewis’ “Footprints in the Sand”, the entire crowd was in tears, including Bindi’s mom and brother who have been living in L.A. temporarily while Bindi dances. Mom, Terri, tweeted a photo late last night of a smiling Bindi on her dad’s shoulders. The caption read, “Honestly my beautiful @BindiIrwin, your daddy was walking beside you all the way tonight. He loves you so much.”

Honestly my beautiful @BindiIrwin, your daddy was walking beside you all the way tonight. He loves you so much. pic.twitter.com/xHJYj9aMx7

Congratulations to Bindi and Derek!