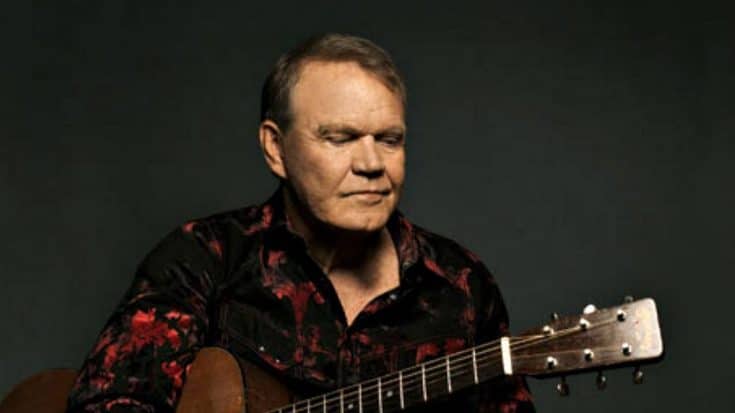 After over 50 years of singing, acting, and touring, the “Rhinestone Cowboy” has definitely made a name for himself. But, in recent months, with his health declining rapidly, he’s unfortunately no longer able to do some of the things he loved…

In a recent interview, Glen Campbell’s incredibly talented daughter, Ashley Campbell, opens up about her father, and about her newest single “Remembering”; written about him.

Knowing that doing the interview would prompt questions about her father and her family’s struggle, she says that she aims to be as honest as possible.

“With all the work I’ve been doing with Alzheimer’s as a result of the documentary, I’m trying to be as open with people as possible about how my dad’s doing without compromising his privacy or dignity. But I want them to know what it’s like to be dealing with it, so I try to be as honest as possible. I’m sure as it gets worse, when people ask how he’s doing, I’ll just say something like ‘not great,’ but I think that people need to know the reality of the disease.”

Both Ashley and her family have been very active in raising awareness for Alzheimer’s disease and she has been a leader throughout the process.

“When we were filming the documentary and on tour, we came through D.C. a couple of times. I had the honor and privilege of testifying before Congress on behalf of Alzheimer’s, raising awareness and money. So I’ve done a lot of benefits and fundraisers for the Alzheimer’s Foundation and other groups associated with the disease. I fell into that role as spokesperson because my dad can’t be.”

Just like her newest single talks about, Ashley likes to do a lot of “Remembering” and recalls some of her favorite times. She does admit that her father doesn’t pick up the guitar any longer…but occasionally she will hear him singing to himself.

“My earliest memories of being in awe of him as a musician was when he had a theater in Branson. I think I was in the first or second grade, and we lived there for a couple of months of the year. I remember that he would be doing two shows a day all week, and I always tried to make sure that I was there to see him do ‘Classical Gas’ and the Beach Boys medley. I wanted to see him play the instrumental part, because that was so exciting for me.”

With her debut album on the horizon, the singer is notably excited for the launch of her solo career and admittedly thankful for the time she has been able to spend with her father touring in recent years.

Watch the video below for a beautiful acoustic performance of Ashley’s new single “Remembering”.