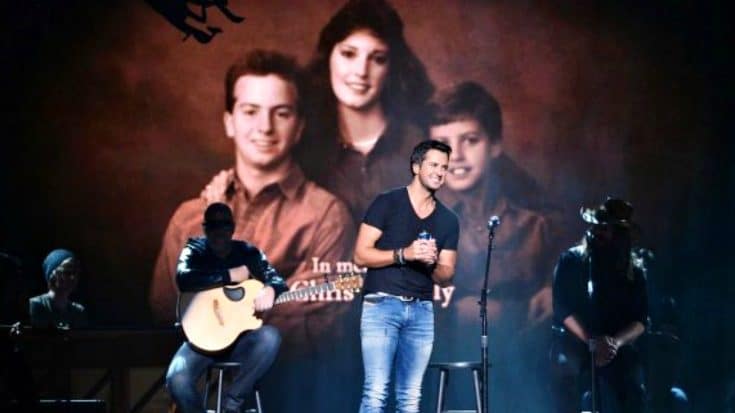 Luke lost his brother-in-law, Ben Lee Cheshire over the Thanksgiving weekend (November 29th) 2015. Cheshire was 46-years-old, and was married to Bryan’s sister, Kelly, who passed away on May 8th, 2007 at the age of 39.

Cheshire, a resident of Leesburg, Georgia, died at Phoebe Putney Memorial Hospital. The cause of death has not been released. He is survived by his children, Jordan, Kris, and Til.

Luke Bryan and his wife, Caroline, took in 13-year old Til and are helping raise Jordan and Kris. In an interview with PEOPLE earlier this year, Bryan said that the family is adjusting well to the changes.

“It’s been amazing watching them do so well with it. They treat Til like their brother, and Til does the same,” Bryan said. “Obviously my nieces and nephew, they didn’t ask for this. Their life was amazing before Caroline and I took a more prominent role, even after losing their mother. Now my focus is trying to do what we can to help them.”

Bryan admits that his family has depended on their faith to keep them strong.

“I think with everything that’s happened in my family, I just have to lean on my faith and the understanding that God has a plan for all of us. We just wake up every day and do our best.”

Our prayers are with Luke Bryan and his family today as they remember their loss.