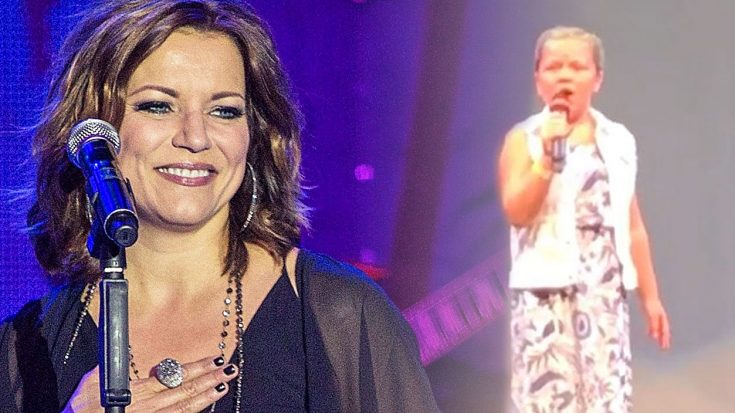 There are certain songs that stick with us after listening to them. No matter how much time passes between listens, these songs never leave our memories. One such song is Martina McBride‘s “A Broken Wing.”

Two decades after its release, “A Broken Wing” remains one of McBride’s most recognizable songs. Because of that, more people cover “A Broken Wing” than many of her other singles.

Out of all of the covers out there, one of the most impressive was performed by a talented eight-year-old girl. While we don’t know the girl’s name, we do know that she was performing her cover as part of an audition for New England’s Got Talent in August 2017.

Wearing a floral dress and a white denim vest, the girl appeared calm as her angelic voice welcomed the song’s opening line. Her range was impressive for someone her age, as she took on the high notes with confidence and ease.

The best part of the performance came at the end, when the little girl hit a long, high note and held it out for an extraordinary amount of time. We got chills when we listened to her do that!

You can scroll down below to watch this talented eight-year-old sing her rendition of “A Broken Wing.” She has the potential to be a big star one day!