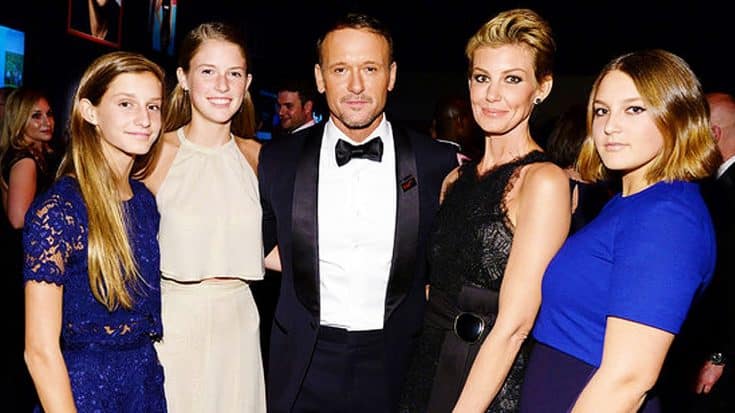 In a recent conversation with his label, Tim McGraw opened up about his favorite albums, and Little River Band topped his list!

“I love the Little River Band. I mean it reminds me of the beach, for some reason. That’s one I would play for my kids when they were little. Every time I’d pull the boat into the beach, I’d play ‘Lonesome Loser’ as loud as I could.“

It’s definitely surprising to know this Australian soft-rock group had such an impact on Tim McGraw. On top of Little River Band, Tim also admitted to loving the Eagles’ Greatest Hits album.

He didn’t stop there though, but made sure to include his talented wife and daughter’s music in the mix.

Tim gushed, “Breathe is one of the greatest albums ever recorded, so that would have to be in there. Probably at the top of that would be Gracie McGraw’s album, when she records it finally. So that would probably be one of my greatest albums, favorite albums of all time for sure.“

Whether it’s blasting the Little River Band or Breathe, Tim McGraw knows how to parent, and we’re sure his daughters agree! Below is an adorable video of Tim and his daughter Gracie singing “Here Tonight”, and they’re chemistry is awesome! Check out Tim with his baby girl, and see why he can’t get enough of her unique voice.