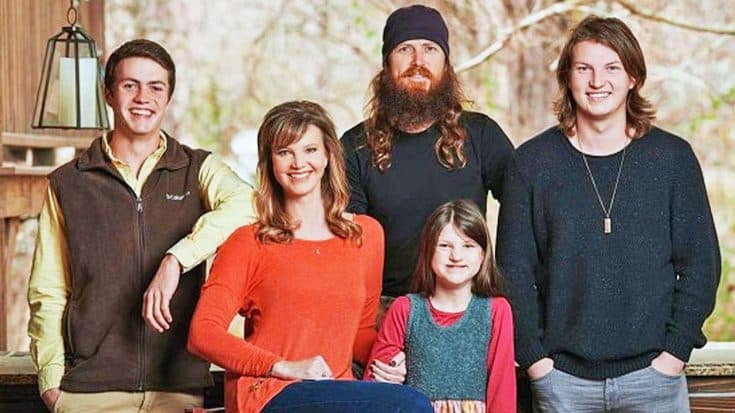 Before Missy and Jase Robertson‘s daughter Mia was even born, they already knew that she would have a lot of challenges to face in life. But what they didn’t know at the time was the amount of joy and strength she would bring to their family.

Mia, called “the trooper” by her family, was born with a cleft lip and palate, and has had to undergo a number of surgeries over the course of her life. Still, at just 12 years old, Mia has been unbelievably strong.

In an exclusive interview with The Christian Post, Missy talks about all of her difficult pregnancies and the miscarriage she had shortly before she became pregnant with Mia. She says now, looking back, she knows that all of that happened to help prepare her for what Mia would go through someday.

“I believe that there’s a reason for things…I never had an easy childbirth,” she says. “All of those things were steps to bringing Mia into our family. If that child that I was pregnant with three months before Mia would have developed normally, we would have a completely different story in our family.”

Missy then goes on to open up about how Mia has helped shape their family into the strong unit they are today:

“I would not be the person I am today without going through that suffering with my child, starting 12 years ago. So, I know that my character has grown, I know that Jason’s character has grown. My boys’ characters has grown, and I see things in them that would, most likely, not have been in their personality — in their character — had they not had a sister who had some major medical problems in her life. … I can say that I think we’re a better family because of it.”

Right now, Mia is enjoying school and is active in competition cheerleading. Missy says that at the moment, Mia doesn’t have to have any more surgeries in the immediate future, so she can just focus on enjoying life.

“We’re just enjoying this time without having to worry about that,” Missy says. “People are amazed at the accomplishments that she’s made.”

Missy sings about her love and gratefulness for Mia in a song she helped co-write called “Angel Child,” which you can listen to below.

Missy and Jase truly are lucky, because Mia is one incredible child!