Missy Robertson Opens Up About Mia’s Struggles In Revealing Interview

By Miranda Raye on December 10, 2015
Advertisement 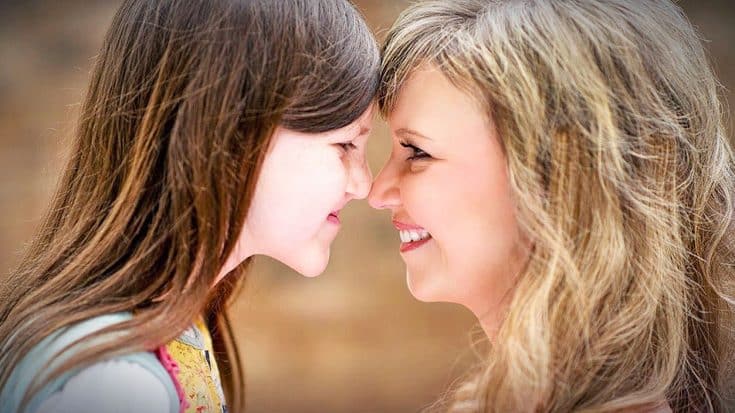 Over the years, Missy and Jase Robertson have been very open about discussing their daughter Mia, and the struggles she’s been through over the course of her life. But as Missy recently revealed in an interview with HNGN, that hasn’t always been the case.

When Missy was pregnant with Mia, she went in for her 31-week ultrasound and discovered that her baby girl had a cleft lip and cleft palate. Mia, who is now 12, has had to undergo several surgeries throughout the course of her life, but despite that, she remains strong, and so do her parents.

Missy credits their faith for helping them get through the tough times, saying, “Even though we’ve had to work through a lot of heartaches and a lot of disappointments and a lot of pain, we feel like God has never left us.”

Although Missy is more than willing to share Mia’s story today, there was a time when it was too difficult for her to talk about it.

“I was not very good at talking about it through the years,” she admits. “When you think about having a child with such a facial disfigurement, it can be very emotional.”

Missy and Jase are also parents to Mia’s older brothers, Reed and Cole. When Mia was younger, it was hard for Missy to watch her sons do things she knew her daughter couldn’t.

“As a mom, it can be very difficult to watch your child have to do different things that other kids — and even my other two boys — have never had to deal with. So it’s been very hard to talk about,” she says.

But through it all, Missy says that she has come out of it as a stronger person, and she finds great joy in Mia, even through her struggles:

“I’m a little older in the process, and my faith has grown even more through watching how God has worked in our lives and how he worked through Mia’s little life, and I have the confidence now that I’m not going to make these huge mistakes because God’s not going to let me. I just keep my heart open to what he knows is best for us. I can’t really go wrong no matter how hard it may seem. That just keeps me going, and I just have such a joy in my child now because of things she does to encourage people. I just felt like I couldn’t be silent anymore. I need to tell our story and, hopefully, to encourage and give other people hope.“

In addition to sharing Mia’s story in her new book, Blessed, Blessed, Blessed, Missy  and Jase created the Mia Moo Fund, to “raise awareness and funds towards research, treatments, and causes of cleft lip and palate.”

Missy says that when her and Jase started the organization, they knew they wanted Mia to be at the center of it all.

“The reason Jase and I started it was because we’re able to bring attention to this diagnosis,” she says. “Before, it had so much of a stigma because it is about the face and it is a facial deformity. People kind of don’t want to talk about it or they just don’t know much about it, and we wanted to bring Mia’s face to this because we think she’s beautiful.”

We have to agree with Missy, we think Mia is such a beautiful and strong little girl!

You can listen to a special song Missy wrote and sang just for Mia, called “Angel Child,” below.