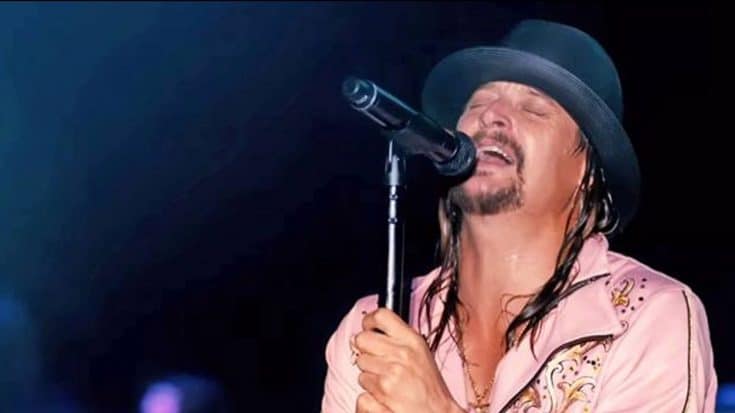 Starting his singing career as a rap and hip-hop artist in the ’90s, Kid Rock later transitioned toward a more country-rock and blues sound. His first country hit was with Sheryl Crow and their duet “Picture” in 2002. Following that breakthrough into the country scene, Rock shot off several more hits including “All Summer Long” and “Born Free”.

In February 2015, Rock released his tenth studio album, First Kiss and its title track became a success on the US Country Airplay chart and the US Billboard Hot 100. Another track from the album, “Johnny Cash”, wasn’t released as a single, but has become a country fan favorite.

The track is a heartland-rock style ballad that takes cues from country classics. It revels in the heartbreaking love stories told by legends, southern staples, and a carefree life full of laughter and love. The song foretells a love like Johnny & June with the beautifully rhythmic chorus ending in “I wanna be your Johnny Cash”.

To further the success of the song and appeal to his fan base, Kid Rock launched the music video for the song. The film shows clips from his first annual Fish Fry concert in Nashville and really demonstrates how strong of a performer he is.

Kid Rock has also performed the song in a Today Show segment and led the album to a debut at the No. 2 chart spot. Critics have heavily praised the album and Rock’s more soulful sound.

“The [album] is crisp and clean, the guitars are sparkling, the vibe is rollicking but relaxed. He sounds better here than he has in a long time.” Richard Biernstock of Billboard says.

Check out Kid Rock’s music video and second hit from his latest album in the video below!