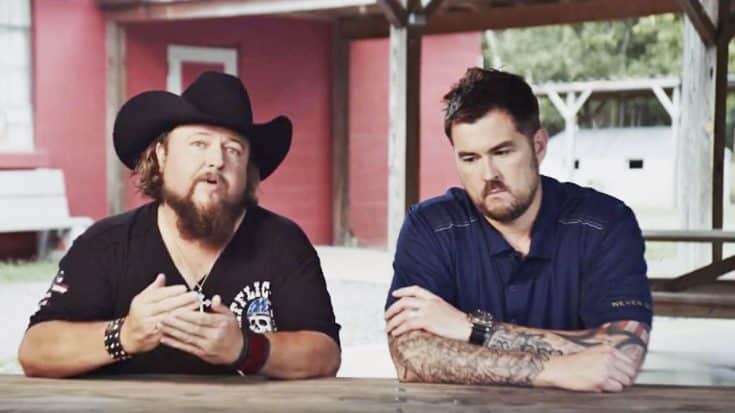 Ford originally made his debut into country music with his 2008 album Ride Through The Country which peaked in the Top 40 on the US Country chart. Since that time, Ford has released four more albums and charted many singles.

In a recent interview, Ford talks about how an idea came to life with his song “Workin’ On”.

“When this song came about, I had an idea with it. I just had a vision, and you know me: I like to do some things others won’t do.”

“I reached out to Marcus and said, ‘Hey man, here’s what I’d like to do. Go shoot a PSA for this video. Let me give the proceeds from this song to your foundation, the Lone Survivor Foundation, which is wonderful, helping all those soldiers with PTSD. And Marcus was like, ‘Absolutely, man. I’m in.’”

The film is a bittersweet tale of a soldier who returns from war only to come home to a brand new battle: PTSD.

“There’s men and women that are suffering and struggling from it, that have given everything for us to be able to have the freedoms that we do. And because we can’t see it, a lot of times it goes unnoticed. So, I just wanted to try and make as big a deal of it as possible, so we can get some help.”

Ten percent of the song’s iTunes downloads until July 10th were donated to the Lone Survivor Foundation and a partnership between Ford and Remington Outdoor Company presented the foundation with a $10,000 check back in April.

Check out the beautiful short film below and for more information on the Lone Survivor Foundation, visit their website.

This is a short Film that helps Raise Awareness for PTSD and our soldiers returning home that have to Cope with this. God Bless them and their Families. #WorkinOn Lone Survivor Foundation