LeAnn Rimes Says No To Pants, And Yes To Ugly Christmas Sweater 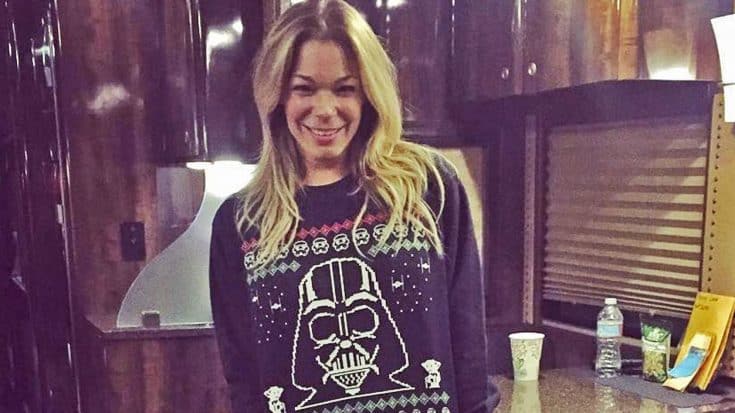 Along with other posts celebrating the galactic empire’s newest film installment, country lady LeAnn Rimes gets festive in one of their promotional holiday garments.

Posing in a Star Wars themed sweater, this country superstar gives the traditional “ugly Christmas sweater” look a little variation. According to Rimes’ caption, the sweater was originally purchased for her step-son, but was a bit too big for him, so she took it for herself. The look, however, was one of a pants-less nature…

The Vader and the ugly Christmas sweater intertwined! #chillin #uglychristmassweater #darthvader #theforceawakens #pajamaday #nightnight #pajamaparty #uglysweater P.S. I bought this for my stepson but it was a bit big, so I confiscated it. ?

Her yuletide tour was a collaboration with Disabled American Veterans and issued specialized VIP tickets to various veterans in each city while bringing them onstage to provide them with a gift and sincere thanks for their service.

Check out the featured duet with Gavin DeGraw of Kenny Loggins‘ hit “Celebrate Me Home” in the video below!