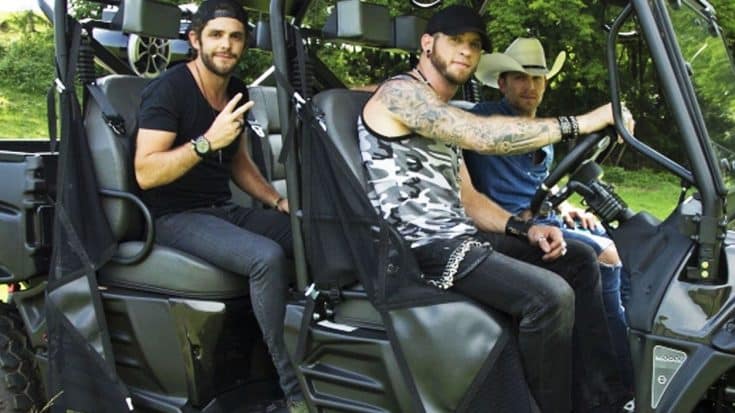 Usually the last day of the year means starting fresh, thrilling parties, and looking back at a full 365 days of life. For Brantley Gilbert, it means getting older and making exciting plans to break out camo and ammo.

“New Year’s Eve, that means I’m getting older. My birthday’s January 20th, so those two things kind of usually go together for me,” Gilbert confesses through his record label, Valory Music/Big Machine.”

Although Gilbert says that New Year’s Eve dredges up a reminder that he’s aging, with a great adventure on the horizon, nobody’s going to be counting candles!

The Lakosky’s have made a significant impact on the hunting industry and sportsmen everywhere with their innovative approach to both land management and whitetail herd management. They have many friends and supporters helping them chase their dreams like Blake Shelton, Jeff Foxworthy, Miranda Lambert, and more.

Gilbert will resume his “Blackout Tour” just a week after his birthday in Michigan and then will pick up the European leg of the tour in May after it was rescheduled following the Paris terror attacks on November 13th.

We are sure the country superstar will come home with a nice sized bounty regardless of how old he is! Just check out Brantley Gilbert’s aim in the video below!