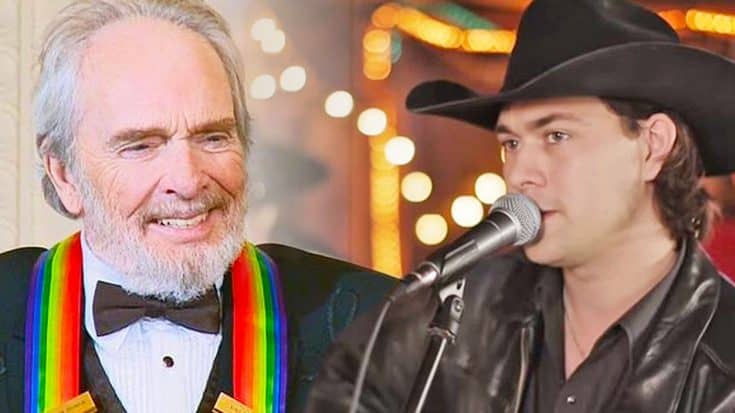 While William Michael Morgan may be a modern country artist, he has a great love for the classics, often covering the hits of classic country artists. Through these covers and his debut single, “I Met A Girl,” Morgan is starting to make a name for himself in the country music industry.

In the past, Morgan has covered hit songs from all sorts of legendary artists, including Hank Williams, George Strait, and Keith Whitley. So what did he decide to cover next? Well, none other than Merle Haggard‘s signature song, “If We Make It Through December.”

“If We Make It Through December” was first released in 1973 as the lead single off of Haggard’s Christmas album Merle Haggard’s Christmas Present. Although it was originally released at Christmas time, the song’s themes of unemployment and loneliness make it relevant year-round, and as result it soared to the top of the charts in both the U.S. and Canada.

“Looks like we made it through December,” Morgan captioned the video of his performance in a post to his Facebook page. “Wanted to celebrate by playing Merle Haggard’s tune at Santa’s pub!“

Haggard’s original version of the tune was fairly upbeat, but you’ll really find yourself tapping your toe along to Morgan’s rendition, which has a little bit more spunk. With the exception of that change, Morgan keeps his cover pretty true to the original and classic country in style.

You can watch Morgan perform his rendition of Haggard’s “If We Make It Through December” in the video below.

With performances like these, we think it’s safe to say that Morgan is definitely going places in country music!