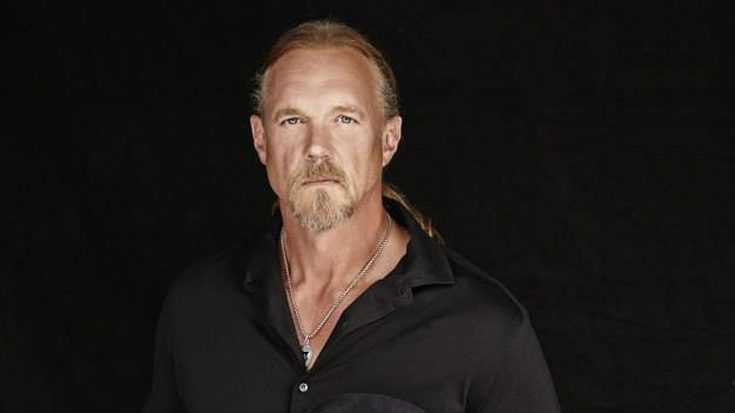 Three years after Trace Adkins released his last single “Watch The World End,” he’s welcoming the New Year of 2016 with a new single, “Jesus and Jones.”

“Jesus and Jones” is set to make its radio debut on January 19th, though Adkins has been playing it at concerts for a few months now. The song serves as the first single from Adkins’ upcoming album, though no title or release date has been revealed for it yet.

Adkins’ website describes the single as being about the inner conflict many people face, saying it “is all about walking the line between resolution and temptation.”

Prior to a performance of the song on September 17, 2015, Adkins says it really applies to his own life, since he grew up in church, but in his words, “ended up going bad” along the way. At that point he says, he was really stuck “between Jesus and Jones.”

During an interview, Adkins elaborated on the meaning behind the single:

“That’s where I am. I’ve always been in that place. I started out singing gospel music and then found myself singing George Jones songs in a beer joint. So you have this kind of struggle there internally between those two things. Sometimes I’m a good boy, sometimes I’m not.”

It’s a message that many can connect with, as the lyrics say, “I need to find a little middle ground/between let ‘er rip/and settlin’ down.”

The official lyric video to the song was recently released, giving many of Adkins’ fans the chance to hear the song for the first time. You can watch that video below.

We’re loving Adkins’ latest single, and we can’t wait to hear his other new material! What do you think of “Jesus and Jones?”