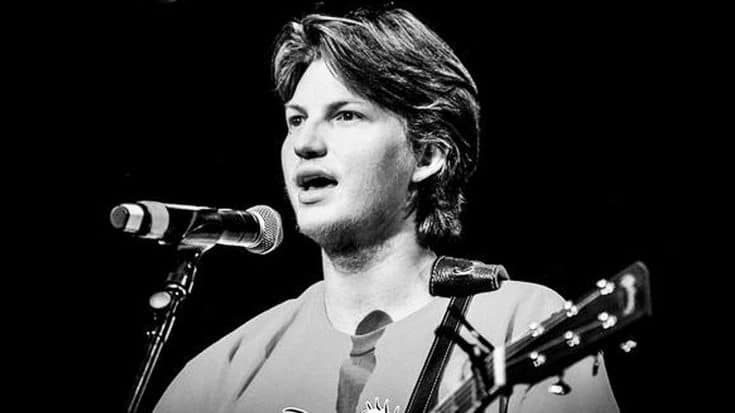 Reed Robertson had a lot to celebrate in 2015, and it seems that Jase and Missy‘s oldest son is set to have an even better 2016.

On December 22, 2015, Reed proposed to his girlfriend, Brighton Thompson, after four years of dating. Reed, who is an aspiring musician, also released his first EP album over the summer, which is still generating a lot of buzz.

Reed has been singing for years, and was invited to sing the National Anthem at the Duck Commander 500 NASCAR race in April. In addition, Reed also went on tour with former American Idol contestant, Colton Dixon, as part of the Winter Jam 2014 Tour.

Following his high school graduation, Reed moved away from home to pursue his career in Nashville.

Even though Reed sang on his family’s highly successful Christmas album Duck The Halls, his EP marks the first time he’s released his own solo recordings. The EP, titled Catching Light, contains two songs, “I’ll Be The One” and “Write A Story.”

After fans kept asking Reed what kind of music he liked, he tweeted that he is a “rocker.” However, as we expected, his music has a country vibe to it.

Reed’s EP has earned many positive reviews so far, and his famous cousins have been promoting his music on social media. Sadie tweeted to her fans about the EP on January 3, encouraging them to give it a shot.

If you haven’t checked out @reed6robertson ‘s EP you definitely need to! Head over to iTunes and give it a listen. https://t.co/eXpLTru7gT

Sadie’s brother, John Luke, also showed his support for his cousin, sharing a photo of him listening to Reed’s music. Reed expressed his thanks to John Luke in a post to his own Instagram.

Reed’s EP “Catching Light” is available through iTunes. You can go here to download the songs. Give them a listen, and let us know what you think!

We wish Reed the best of luck with his EP and any future projects!