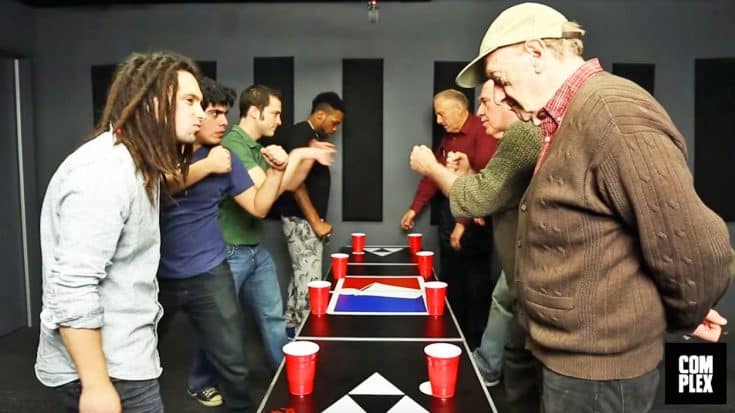 A group of college seniors go head-to-head with an equal number of senior citizens during a drinking-game show down!

At one end of the table sit the four college students, Jay, Lucas, Alex, and an unnamed friend – true party-goers, skilled at classic party games like beer pong. On the other side of the table sits the seniors: Kevin, P.P., Lou, and Trip of which one admits he doesn’t drink alcohol often, but they don’t seem daunted by the younger side.

While y’all might think the odds are stacked, the ending is surprising!

Check out this hilarious video of Drinking Games: Seniors V. Seniors below!