Did Y’all Know THIS Country Artist Auditioned For American Idol?!

By Jennifer Pernicano on January 8, 2016
Advertisement 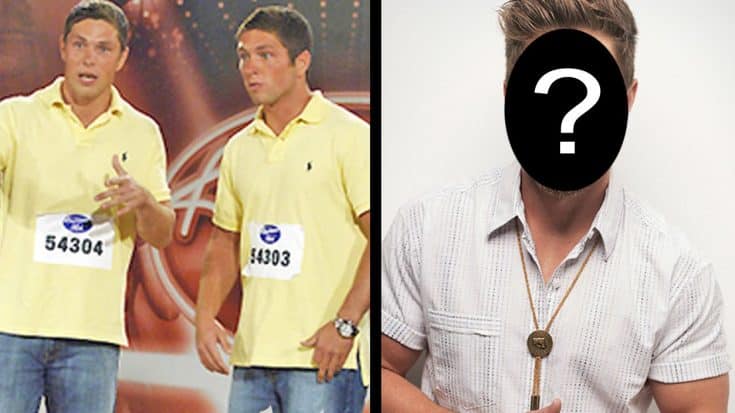 In what may have been the most shocking audition ever, country artist Chris Lane and his identical twin, Cory, auditioned for American Idol as a rap duo in 2007.

Lane, who opened for Florida Georgia Line on their This Is How We Roll Tour, is now a pretty accomplished country musician. His current single “Fix” is climbing the charts and his debut album will be released sometime this year.

Back track to 2007 when Chris, his twin brother Cory and their girlfriend Ashley, all auditioned for Season 7 of the legendary singing competition. If you think you read that wrong, you didn’t.

Clad in matching yellow polos, Chris and Cory explain they have the same car, same friends, and same girlfriend. Well, same girlfriend, different time. Chris and Ashley first started dating, but then she and Cory started talking and have been dating for a year now.

The twins walk into their audition with all the confidence in the world. Apparently another set of twins had made it through to Hollywood and they wanted to prove, once and for all, they were the better twins.

Chris, who is wearing the number 54303, beatboxes while Cory raps about the rivalry between the two sets of twins and by the end of their audition, they get denied from advancing to the next round.

Simon Cowell called them “amateurish” and Paula told Cory not to fall apart when he forgets something. Needless to say, their rap career was short lived.

Watch their auditions below! Above left, Cory and Chris (54303) audition in 2007, and above right, Chris poses for a promotional picture on his website. What a difference a several years makes!