By Jennifer Pernicano on January 11, 2016
Advertisement 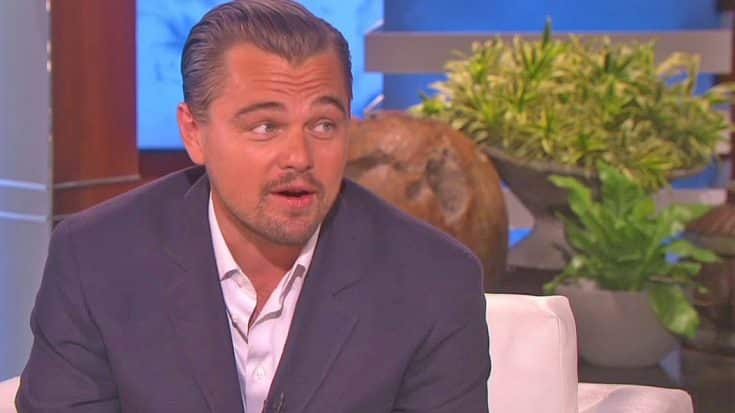 Leonardo DiCaprio is one talented man. We’ve seen him transform into so many different characters over the last 20+ years. He proved his talent when he won his third Golden Globe last night (Sunday Jan. 10) for his performance as Hugh Glass in The Revenant.

One character that we didn’t really see coming is a Southern female flight attendant. No, he isn’t playing one in an upcoming film, but he did imitate one when he appeared on The Ellen Show on January 8th.

While telling Ellen Degeneres about all the ways he almost died, he calmly remembered a story of when his plane from New York to Russia lost one of its engines.

He was one of the only people to witness the actual engine burst into flames as everyone else remained unfazed by the incident. DiCaprio claims he was freaking out and screamed, “What is going on?!“

His flight attendant, who sounds like a very nice Southern woman, went up to him and said, “We seem to have a slight problem here“.

A Russian man next to him asked her what the problem was.

“Well we lost one of our engines,” DiCaprio said, still acting like his flight attendant.

When asked how many engines the plane had, she said, “Well, we had two. Now we have one.“

His accent is spot-on and definitely the highlight of the interview.

Watch the hysterical interview below!