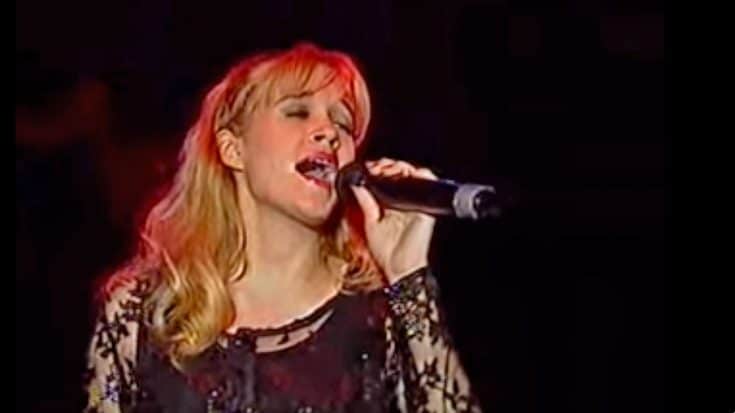 At a local state fair, the soon-to-be country superstar dazzles the local crowd with an original song.

At the Arkansas/Oklahoma State Fair in 1997, event-goers lined up to get a seat for the annual talent show held on the local fair grounds. They expected to see dozens of different acts including musicians, singers, comedians, and other performers – but what they didn’t expect to see was an early glimpse of a girl who would become a world-famous singer.

Just eight years later, Carrie Underwood would be crowned the winner of American Idol’s fourth season in 2005 and embark on a record-setting musical journey that has earned her seven Grammy Awards, 13 No. 1 singles, and emblazoned her name as one of the world’s most talented vocalists.

Along with winning the talent show at the local fair, Underwood also was being sought by record companies. A local fan of hers had arranged for the 14-year-old to go to Nashville and perform for Capitol Records, as a result, they offered her a recording contract. In the midst of preparing the contract, company management was shuffled and they cancelled the contract.

Obviously things are great for the superstar now and she just launched the most recent installment in her musical portfolio, Storyteller, on October 23rd. The album nailed the No. 1 position on the US Country Album chart and has already seen two incredibly successful singles land on the charts.

Check out the super early (and still amazing) preview of Carrie Underwood before she became the world-renowned artist we know and love!