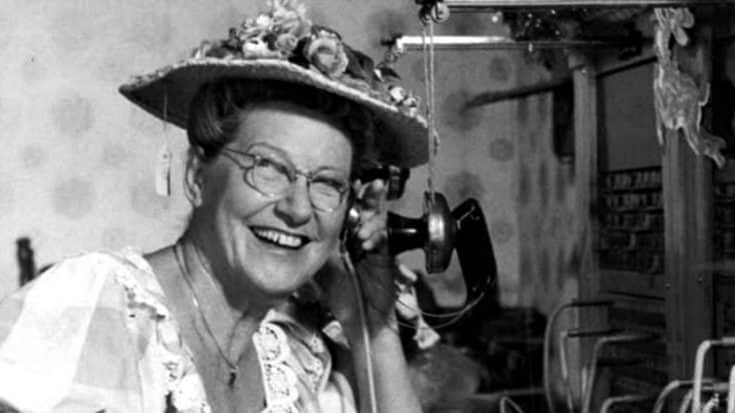 Sarah Ophelia Colley Cannon remains one of the most beloved stars to have ever graced the Grand Ole Opry stage even twenty years after her death. The Tennessee-born cutie always knew she wanted to be in show business and embarked on a career as a dancer, dance instructor, producer and director after finishing college at Ward-Belmont University (now Belmont University).

While on the road as director for the Wayne P. Sewell Producing Company, Sarah met an elderly woman in Northern Alabama who inspired the character of “Minnie Pearl.” The backwoods, country girl character would go on to become one of the most recognizable and beloved in country music history.

“Minnie Pearl” was discovered by WSM Nashville executives in 1940 and shortly after made her Grand Ole Opry debut. The popularity of “Minnie Pearl” led to many opportunities for Cannon, including appearances on The Tonight’s Show, The Carol Burnett Show, and Hee Haw along with the honor of being the first comedian elected to the Country Music Hall of Fame in 1975.

Cannon successfully battled breast cancer in the ‘80s before suffering a stroke in 1991. The star remained in a nursing home for five years until her death in 1996 at the age of 83.

One of her most memorable appearances, aside from her popular 22-year stint on Hee Haw, was a guest spot on The Johnny Cash Show in 1969. Check out the video below!