Talented Southern Singer Wows Judges With Medley Of Their Own Songs 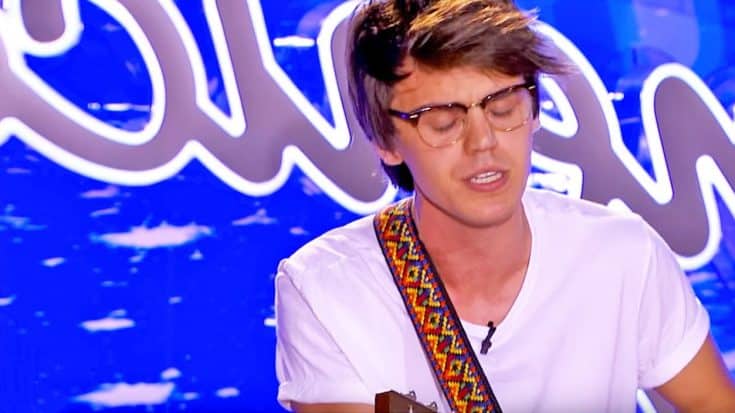 Born and raised in Lafayette, Louisiana, this young singer/songwriter has an incredible talent for making a song his own.

MacKenzie Bourg is just 23-years-old, but sings like he’s been on the stage for many years. He first won over America’s heart with his performances during season three of The Voice back in 2012, but was eliminated during the live playoffs.

Now, Bourg – more dedicated than ever – has returned to the stage and is hoping to get a chance to win over America’s heart once again. He recently auditioned for the 15th season of American Idol, but his audition was vastly different than any we’ve ever seen.

The young southern hopeful took a page from each of the judges’ books and sang a medley of their songs that sounded so good – they all were shocked!

Keith Urban, Jennifer Lopez, and Harry Connick Jr. all watched the talented musician string together three songs from each of their genres: country, pop, and jazz. He took on Urban’s “Stupid Boy” first, Connick’s “Come By Me” second, and rounded it out the light, bubbly tune with a fantastic performance of Lopez’s “Love Don’t Cost A Thing”.

Watch this talented young singer give it his all in the audition below!

Such an amazing medley!