A Tribute To Dolly Parton’s Workplace Anthem, ‘9 to 5’

By Manly Bryant on January 18, 2016
Advertisement 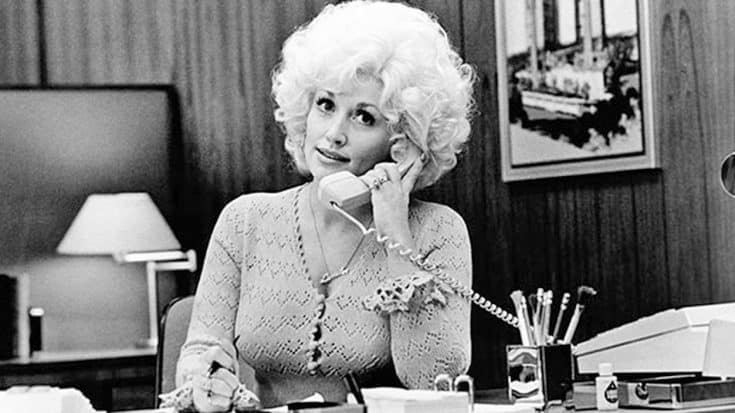 In 1980, country superstar Dolly Parton, released a song that quickly became an anthem for working women across the country.

Earlier in that same year Parton made her film debut in the movie 9 to 5, a movie that shed light on the treatment of women in the workplace, aiming for better treatment. Alongside co-stars Jane Fonda and Lily Tomlin, the three women overthrow their “sexist, egotistical, lying and hypocritical” boss.

While sitting around between scenes, Parton discovered that she could create the sound of a typewriter with her fake nails. At that moment, Parton penned the soon-to-be-hit song, “9 to 5,” a song that would ultimately become the theme song for the movie.

9 to 5 was a huge hit, as women across the country could relate to the song’s funny, yet serious message. The movie launched Parton into superstar status. Now, not only was she an established singer/songwriter, but she was a film star.

Released as a single in late 1980 from her album, 9 to 5 and Odd Jobs, the theme song was just as big of a hit, if not bigger for Parton. The song became a signature song of her career, as it topped both the Billboard Hot 100 chart, and the U.S. Country Singles chart. The song was nominated for one Academy Award and four Grammy Awards, winning three, including “Best Country Song” and “Best Country Vocal Performance, Female.”

Below, Parton sings and acts in the song’s official music video. Scenes from the box-office hit are featured as background to Parton’s strong vocals. Watch the music video below.

Almost 30 years later, Parton proves she’s still got it when she rocks out to “9 to 5” on The David Letterman Show. She gets the crowd excited when she asks them to join in, because let’s be honest, who doesn’t know every word to this catchy song!? Watch it below.

Parton’s not the only one who loves singing this song. In 2014, country’s leading ladies, Jennifer Nettles and Carrie Underwood joined forces in an epic performance of the iconic song. The two put so much energy into the performance, we’re sure it will get you up and dancing! Check it out below.

“9 to 5” will forever be an iconic song. The funny, yet eye-opening tune was a game-changer, as it brought so much attention to the way women were viewed in the workplace. Way to go!