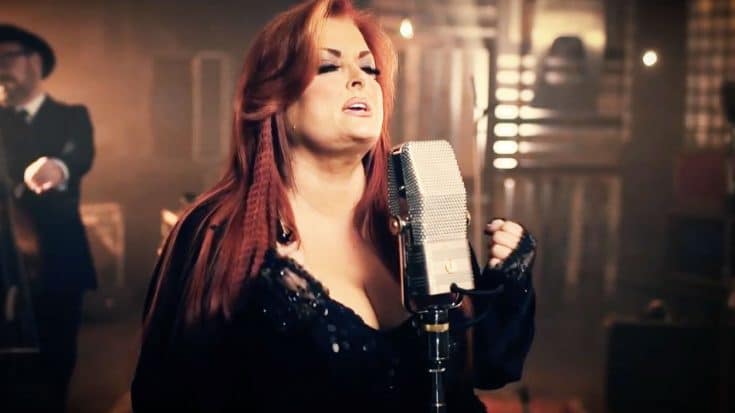 For her first album in over ten years, the younger half of a legendary country duo recruits the perfect voice for a new song.

Country superstar Wynonna Judd rallied some big names for her most recent album and included the incredibly talented Jason Isbell for one of the softer-sounding tracks.

Rich, jazzy, and full of relatable metaphors, “Things That I Lean On” peers deep into our frail humanity and etches a path across our hearts by reminding us there is not only redemption – but a way to reach it.

While recording the track, Judd and Isbell welcomed cameras into the vibrant studio and filmed an entire music video live. The tone of the song adds to the self-forgiving theme of being over your head and finding the tools to pull yourself back up.

The album, called Wynonna And The Big Noise after her band, was produced by Judd’s husband Cactus Moser who took a unique approach to the project and recorded all the songs live, a stripped band track, and almost no overdubbing. The result was absolutely incredible.

Listen to the latest from country favorites Wynonna Judd and Jason Isbell in the video below!