Uncle Si Asks Willie To Do The Unspeakable, And It’s Hilarious! 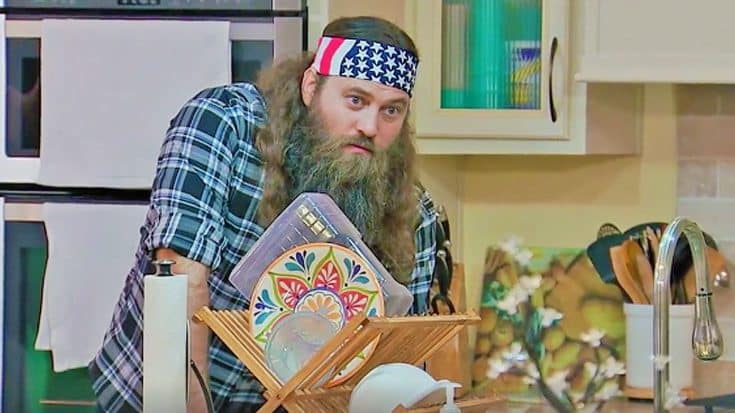 Uncle Si has asked Willie Robertson to do some crazy stuff, but this?! Oh my!

In a recent episode of Duck Dynasty, Willie Robertson is trying to take his Uncle Si to the chiropractor. Si tweaked his back, so he hasn’t been able to go to work at Duck Commander, and Willie’s just about had enough!

Si tries to make every excuse in the book to avoid leaving for the doctor. He wants to watch the last 30 minutes of his TV show, he complains about the breakfast Willie brought him, and he has one last task for his nephew.

“Before we go, I need you to empty Sweet Pea’s litter box,” he tell Willie.

A look of horror came across Willie’s face as he realizes his uncle wants him to pick up cat poop!

After bickering for a little while, Willie agrees to empty the litter box, but there is no scooper in sight. Si tells him to use a spoon from the dishwasher, and the look on Willie’s face is priceless! He seriously can’t believe Si thinks it’s okay to scoop cat poop with a spoon you eat with.

Willie decides to just throw the entire box full of kitty litter away in the trash can and almost throws up while doing so.

Watch the hysterical video below!

Just scoop it out. #DuckDynasty