When Man Attempts To Rob Liquor Store, You Won’t Believe What This Veteran Does Next 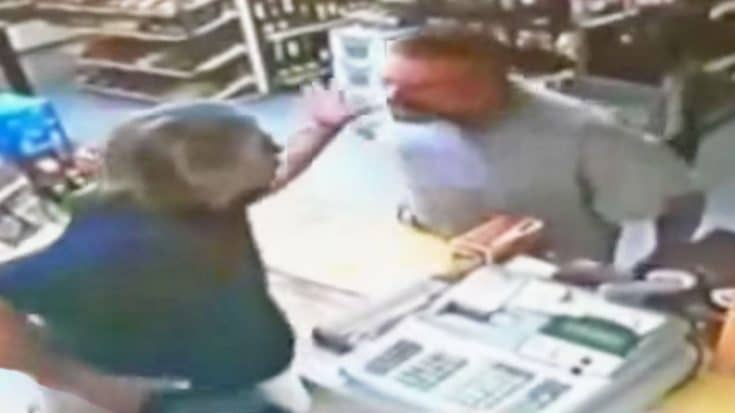 When this liquor store clerk was being robbed at gunpoint, he didn’t think twice about his next move.

Jon Lewis Alexander, a former military police officer, was working at Beer:30 liquor store in Marionville, Missouri when a man walked in smoking a cigarette. Alexander asked the man to finish his cigarette outside when he pulled out a gun and demanded the store’s money.

Alexander acted quickly, pulled out his own firearm and told the man, “You need to get out of here before I blow your head off.” He immediately left the store.

Their interaction was caught on the security camera in the store, and Beer:30’s owner, Max Dawson, is happy with how Alexander handled the situation.

“I think it’s a situation where everybody has to determine what they’re capable of handling,” Dawson told the local news station. “I wouldn’t recommend everybody do it. You have to have a little training to be able to do stuff like that.”

After this incident, it’s safe to say, no one will ever mess with this veteran again.