Man Was Caught Dancing To Favorite Country Song While Vacuuming, And It’s Hysterical 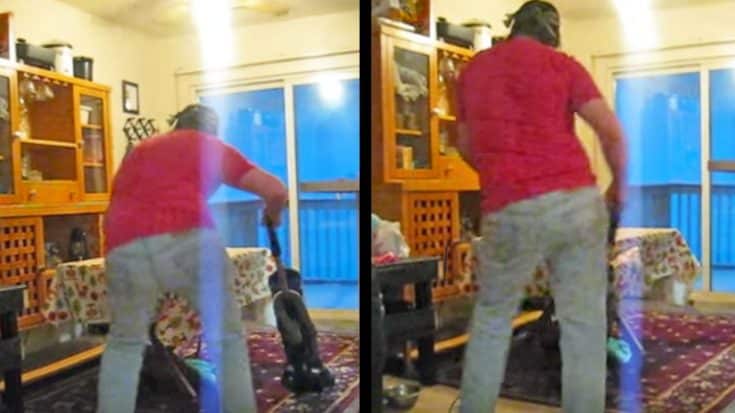 This man was doing some household chores when his wife decided it would be a great idea to film him. We’re glad she did because what she captured is pure gold.

As he was vacuuming with his back to her, he started dancing to the music, which was Little Big Town’s Grammy nominated mega-hit, “Girl Crush“.

His hips were going all over the place and he was super into it!

It must’ve been hard for her to keep quiet because we know it was hard for us to keep it together.

His dancing took so much out of him that he had to sit down when he was done vacuuming! He didn’t even seem phased that his wife was filming the entire time.

Watch the funny video below!