Chris Stapleton Reveals He Gets Confused With The Duck Dynasty Guys 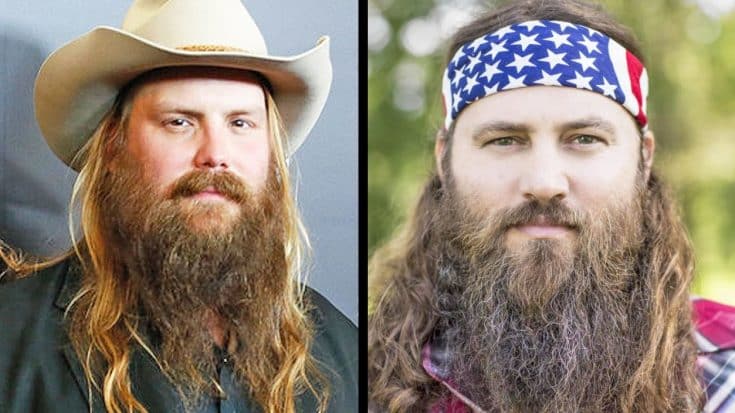 He went on the be awarded with the CMT Artists of the Year Breakout Artist Award and recently announced a co-headlining tour with the legendary Hank Williams Jr.

Now that his name is being recognized more and more, so is his face. Sometimes he gets mistaken for one of the Duck Dynasty guys because of his signature long beard and hair, which also happens to be their signature look as well.

“For a while, when it was a really hot thing, people would be like, ‘Hey, are you one of those Duck Dynasty guys?'” he tells People Magazine. “I think I’ve signed a few autographs on their behalf.”

We don’t blame people for getting them mixed up! We know Willie Robertson can carry a tune, so maybe they will do a look alike duet soon? Who knows!