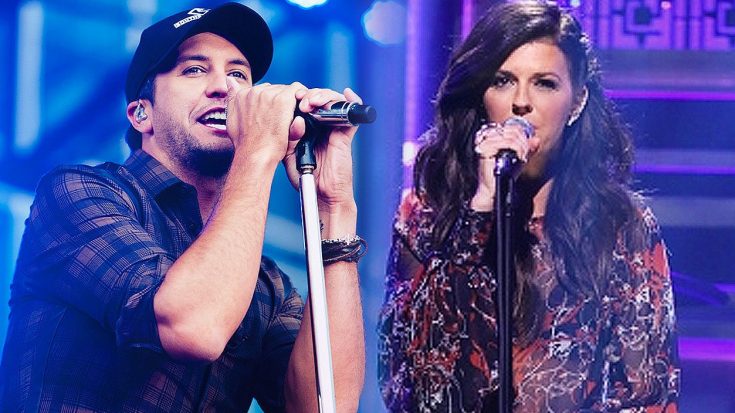 Bryan and LBT’s Karen Fairchild have a chart-climbing duet, “Home Alone Tonight“, on country radio right now and everyone thought that would be the concert highlight.

But there was a performance that could very well rival it, and it involved both Little Big Town and Bryan.

Together, the five singers sang Ed Sheeran’s Grammy-winning Song of the Year, “Thinking Out Loud“. The song is perfect for the group. They show off their ability to do a five-part harmony seamlessly.

In the middle of the song, they stopped to take tequila shots! They followed that with a super sultry performance of Marvin Gaye’s “Let’s Get It On“. A few sexy dance moves later, they ended the “Let’s Get It On” intermission and finished off “Thinking Out Loud”.