LIVE WITHOUT REGRET: Montgomery Gentry Wants You To Get Off Your Butt And Chase Your Dreams

By Manly Bryant on February 26, 2016
Advertisement 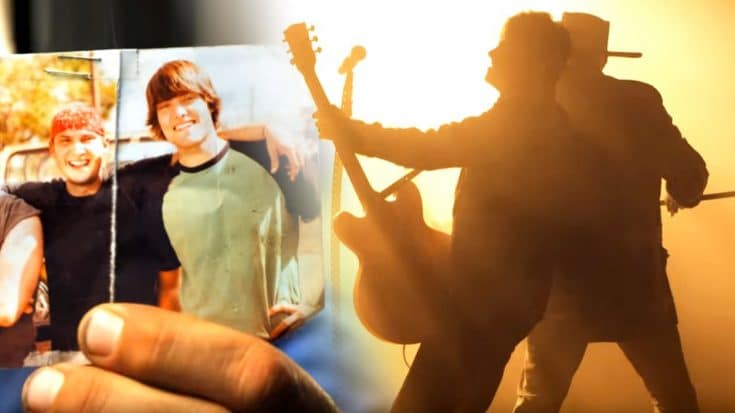 The hard-rocking Southern duo known for unforgettable hits like “Lonely And Gone”, “She Couldn’t Change Me”, and “If You Ever Stop Loving Me“ issued one of the simplest yet profound singles to be seen in the last decade.

Launched amid changing record labels, Montgomery Gentry’s “While You’re Still Young” lit up the charts and hearts when the single dropped in 2010 – carving out a spot in the Top 40 for itself!

The song is a pure feel-good anthem meant to remind us all that life is short and precious, urging listeners to take every opportunity and make the most of each waking moment.

“Life is too short to put it off anymore. You’ve gotta live it before it’s too late.”

The song actually transcends the simple idea of “carpe diem” and touches each part of life for the traditional American. Beginning with spring break and college, young love, marriage, and kids, deciding on a new career path that makes you happy, and then selling your worldly belongings to travel the world.

“Do what you love. Be your own boss. Do what they say can’t be done. While you’re still young.“

This song is dedicated to embracing those fleeting moments you will look back on much later in life.

Carrying a twangy guitar-laden chorus, the song is a perfect representation of an ideal every American shares: freedom.

These two country legends knock it out of the park with their song and the music video is just as great!

Check out Montgomery Gentry singing their hit song, “While You’re Still Young” in the video below!