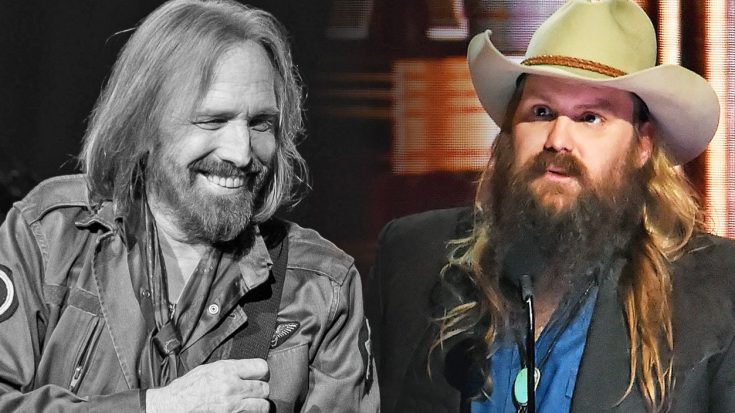 When Tom Petty passed away in October, many country stars took to social media to express their grief. While he was a rock artist by definition, his music was so influential that it had an impact on multiple genres.

One artist who was deeply affected by Petty’s death was Chris Stapleton. As it turns out, Petty and his band, the Heartbreakers, have served as Stapleton’s main sources of inspiration as he has carved out his own career. During an interview with Taste of Country, he even cited Heartbreakers guitarist Mike Campbell as his all-time favorite guitar player.

“I play a [Fender] Princeton [guitar] because Mike Campbell plays a Princeton,” Stapleton said. “I’ve done a lot of things because I think Mike Campbell would do it.“

So when Stapleton learned that he would get the chance to perform with Petty this summer, he was overwhelmed with excitement. He only did three shows with Petty, but those three days were some of the most memorable of his entire career.

After Petty passed away, Stapleton couldn’t help but remember the final words he said to him after their three-day run of shows had ended. It appears that Petty enjoyed performing with Stapleton, because he expressed his desire to team up again one day.

“I got to spend a few minutes with Tom, talking, and the last thing he said to me was, ‘I hope we get to do more of this.’ I left there thinking that we would get to do more of it, and I’m so heartbroken and sad that he’s no longer with us. He’s given us so much music — and brought so much joy to so many people who have listened to his songs and his songwriting, and his singing and his guitar playing.”

Although Stapleton never got the chance to perform with Petty again, he knows he will always treasure those three shows he played with him this summer. “I would not trade anything for those shows, and that brief moment I got to speak with Tom,” he said. “It was a highlight of the year for me.“

A few days after Petty passed away, Stapleton honored him by playing his song “Learning to Fly” at one of his concerts. You can watch that tribute performance below.

It’s obvious how much Stapleton misses Petty now that he’s gone. We sure miss him too.