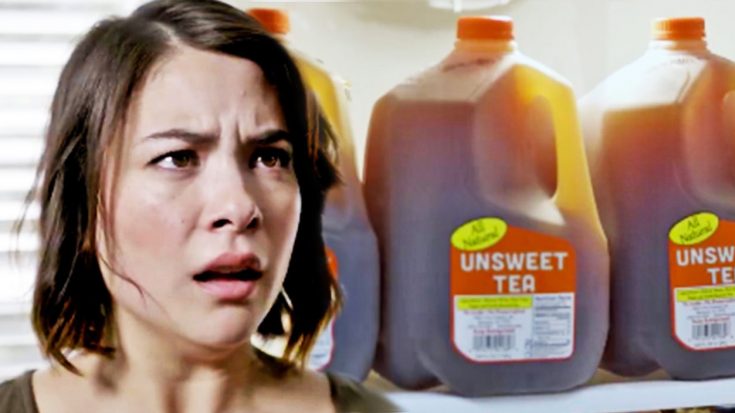 One Southern woman had the perfect Southern husband who drove a truck, said words like, “Y’all” and “fishin’,” drank coke and sweet tea, and enjoyed watching Southern colleges play football. One day, that all changed.

The woman woke up to find her husband in the kitchen cooking kale pancakes for her, even though her favorite breakfast was biscuits and gravy. Then, he asked, “What are biscuits and gravy?” which really started scaring her.

More un-Southern things began happening including her husband throwing away their monogrammed towels for plain ones, selling his truck because “it was much too large” and buying a smaller vehicle, thinking hot dogs are considered barbecue and taking up hockey.

The kicker, for the wife, was opening up her refrigerator and seeing it stocked full with un-sweet tea! The horror! And to top it off, the husband then asked his wife if she could grab him a pop while wearing an Ohio State football shirt!

The Facebook page It’s a Southern Thing put the hysterical video together. They titled the “movie” The Unsweetening and informed their audience that “no unsweet tea was consumed during the making of this video.”

If you look closely when the unsweet tea is being shown the ingredients are “gross, bland unsweet tea.”

We love that Southerners embrace the stereotypes and that anything different is hilariously considered horror in the video. Watch the funny trailer for The Unsweetening below.

The Un-Sweetening: A Southern Horror Story