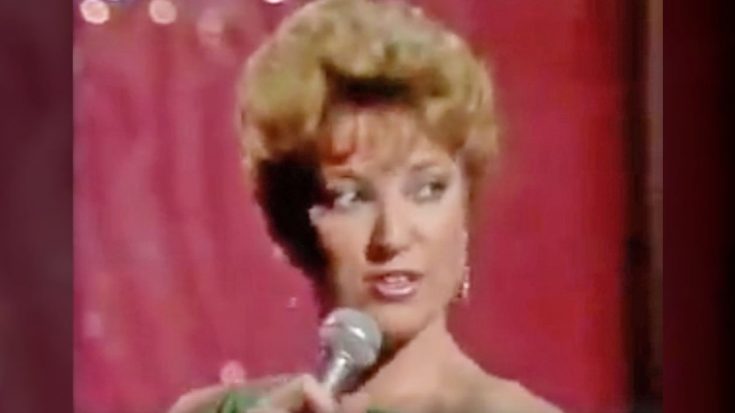 When she was just 13 years old, Tanya Tucker became a huge country star with the release of her 1972 hit song “Delta Dawn”. She was supposed to record the Donna Fargo hit “The Happiest Girl in the Whole USA” as her debut song, but was dead set on releasing a song she heard the legendary Bette Midler sing on The Tonight Show, which happened to be “Delta Dawn”.

Once it was released, it immediately began climbing the charts. Her record label was trying to downplay just how old she was, but once everyone found out she was a young teenager, she became a certified sensation.

Although throughout her career, Tucker has had several successful albums as well as a string of Top 10 and Top 40 hits, “Delta Dawn” remains her most beloved among fans.

Donning a sexy green dress with thigh high boots in this throwback performance she shared on her Facebook page, Tucker commanded the stage with her beauty, talent, and lots of attitude. She was exchanging sultry looks to the audience every few phrases and earned a well-deserved thunderous round of applause at the end of her performance.

In her younger days they called her #DeltaDawn – Prettiest woman you ever laid eyes on.