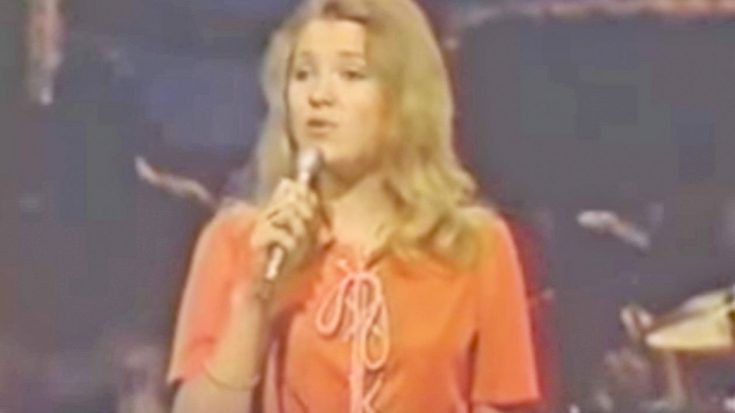 Tanya Tucker became and national treasure when she was only 13 years old following the release of her debut single. In one of the earliest performances of her signature song, the teenage country singer brought the sass with a fire-cracker delivery of “Delta Dawn.”

“Delta Dawn what’s that flower you have on?/ Could it be a faded rose from days gone by?” sings a teenage Tucker. “And did I hear you say he was a meetin’ you here today/ To take you to his mansion in the sky.”

“Delta Dawn” was recorded by Tucker in 1972, the song going on to earn her a Top 10 hit on country radio. The song tells the story of a 41-year-old Southern belle who is obsessed with the memory of a former suitor, running around town with a suitcase in hand in hopes of him coming to take her to “his mansion in the sky.”

Considerably young at the time of recording “Delta Dawn,” Tucker’s record label attempted to downplay her age upon the song’s release. Inevitably, word eventually leaked about her age and the young vocalist became a global sensation.

You can watch her performance of “Delta Dawn” below.