By Jennifer Pernicano on March 21, 2018
Advertisement 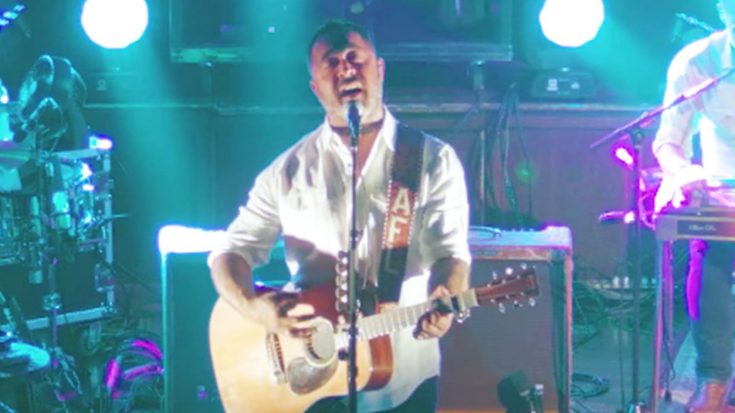 Everyone has been there – we’ve all made mistakes that we regret, but no one can put that better to music and lyrics than Aaron Lewis.

While performing at Ohio’s #1 concert and event venue, The Bluestone, Lewis performed his heart-wrenching song “Mama,” which details some of the mistakes he’s made in his life.

Lewis admits in the beginning of the song that he has disregarded advice from both of his parents and by the end, a preacher tells him he may not be able to be saved.

“Mama” is included on Lewis’ 2016 chart-topping country album Sinner, which also features a collaboration with the legendary Willie Nelson. While “Mama” has not been released as a single, it’s one of the more personal songs Lewis wrote for the record.

During an appearance at the radio station New Hit Country 102.5, he revealed, “This is a song that I wrote that I…it’s a bunch of things that I probably should have said a long time ago,” before performing an acoustic version of the song.

While the acoustic version packs a powerful punch, just wait until you hear it performed with a full band in front of a jam-packed audience.

Lewis’ voice rings out above all the noise and is even more powerful than ever before, especially when he sings the chorus’ lyrics, “I’m so lost, I can’t find my way/All my pieces glued together for the world to see/Mistakes I’ve made, consumed by some/’Til there’s nothing left of me when all is said and done.”

Watch Lewis’ performance of “Mama” in the video below.