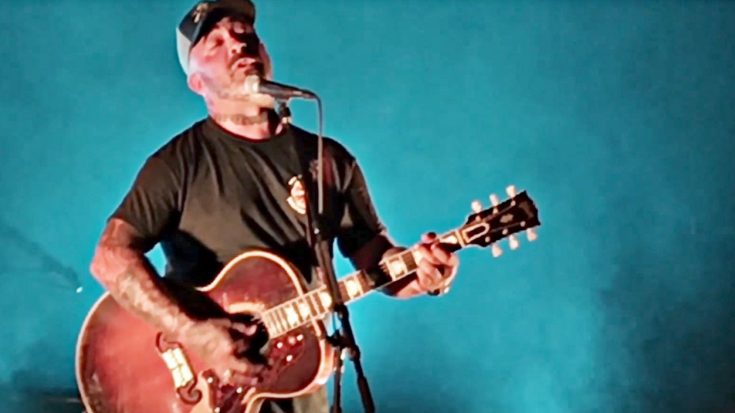 Following the tragic death of a close friend and fellow musician, this country star poured his heart out in a tribute that had the entire crowd singing along.

Former frontman of rock band, Staind, Aaron Lewis has returned to his country roots but those friends and connections he made while working in the rock industry are everlasting – and recently the rock music world has endured some terrible losses.

Playing a deeply emotional acoustic version of his Staind song, “Something to Remind You”, Lewis gave a tribute to his close friend Chester Bennington who had recently taken his own life.

Bennington was the lead singer of rock band Linkin Park. Both Lewis’ former band, Staind, and Linkin Park rose to prominence around the same time and even toured together. It was clear by Lewis’ introduction that he and Bennington had become close during that.

“I lost a really good friend today,” Lewis said somberly to the crowd. “Not really sure why, um, he chose to take his own life…but it’s been a really sad day. So this next song is for Chester.”

Watch this powerful and emotional tribute from this incredibly talented artist to a friend he misses dearly.

Our thoughts and prayers are with Bennington’s friends, family, and fans during this very difficult time.