By Jennifer Pernicano on February 2, 2018
Advertisement 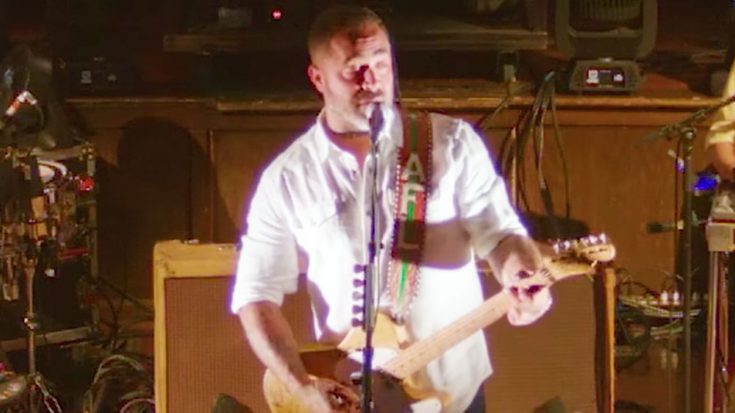 Country singer Aaron Lewis has quite the catalog to choose from when performing live shows. Since 2011, he has released three country music albums or EPs – two of which went number one on Billboard‘s Top Country Albums chart.

In 2018, Lewis was on tour supporting his album Sinner, which he dropped in September of 2016. It includes a Willie Nelson duet as well as the infectious, yet rambunctious song “That Ain’t Country.”

When performing at the famous Ohio venue, The Bluestone, Lewis packed his show full of incredible song choices, including one cover that we may never recover from, Merle Haggard‘s “Heaven Was A Drink of Wine.”

Haggard released “Heaven Was A Drink Of Wine” as a single off his 1979 album Serving 190 Proof. While the album wasn’t a huge chart success, it was a comeback of sorts for Haggard and included a song that George Jones called his all-time favorite Haggard tune.

Lewis was able to sing the heartbreaking Haggard song with such emotion that you’d think it was his own story he was telling. We think Lewis made The Hag proud with this one. Watch his incredible performance below.

To see more from Aaron Lewis, head over to the Country Rebel YouTube channel and subscribe for more awesome performances.