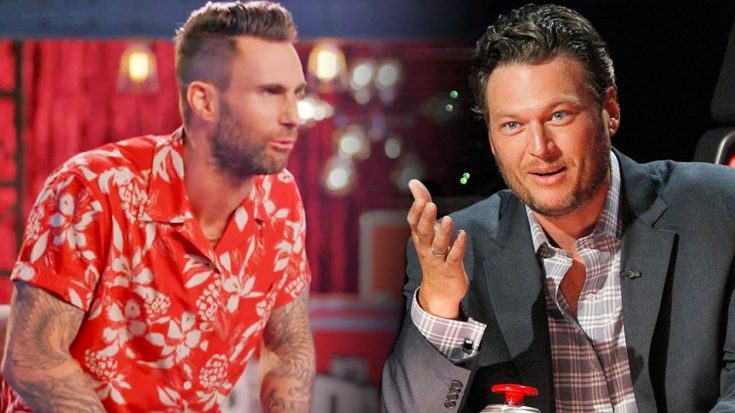 With the creation of NBC’s The Voice, along came one of the most unlikely “bromances” to date, embodying the famed Donny and Marie lyric, “I’m a little bit country, and I’m a little bit rock and roll.”

After eleven seasons working alongside one another, rockstar Adam Levine and country superstar Blake Shelton bicker like an old married couple. In a hilarious blooper reel filled with the offscreen antics fans normally don’t get to see, Levine delivers his best impression of Shelton.

Preparing former country singer Billy Gilman for his upcoming performance, Levine jokes with his team member about his choice to leave the genre (at Shelton’s expense of course).

“I liked Billy better when he was country singer,” says Levine in a thick southern accent. “I liked him more when he was singing the country music!”

“What does Blake say?” asked Billy in reply to his coach’s antics, to which Levine responds, “That was my Blake impression.”

Gilman saw much success in his youth as a country singer but made the decision to switch over from country to pop when auditioning for The Voice, ﻿explaining he’s excited to be at a place where he can sing the music he “so badly wanted to sing, even back then.”

You can watch the hysterical blooper reel below!