By Jennifer Pernicano on January 18, 2018
Advertisement 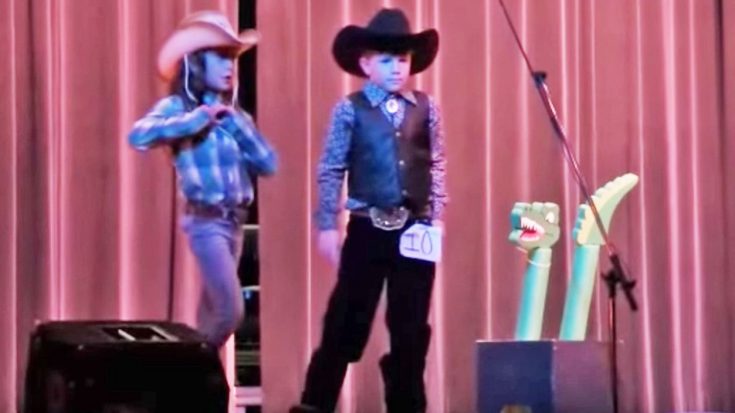 When the music started, Maggie Kate immediately brought the sass and started rocking her hip up and down to the beat of the song. Standing a few feet away from each other with an alligator between them, which is referenced in the second verse, the two elementary schoolers won over the crowd with their fun performance.

Both Maggie Kate and Zach had choreographed hand movements, which they nailed, and got the audience clapping along to the beat. The performance got super cute during the middle of the song when Zach ran over to be by Maggie Kate’s side and he waved to his parents in the audience.

Besides being adorable, these kids definitely have great taste in music! Knowing a country song that was released in 1973 is pretty impressive.

We think Loretta and Conway would be so proud of them, don’t y’all think? Watch their adorable performance below.