Adorable Little Girl Blows Judges Away With Her Spine-Tingling Audition

By Jennifer Pernicano on June 16, 2017
Advertisement 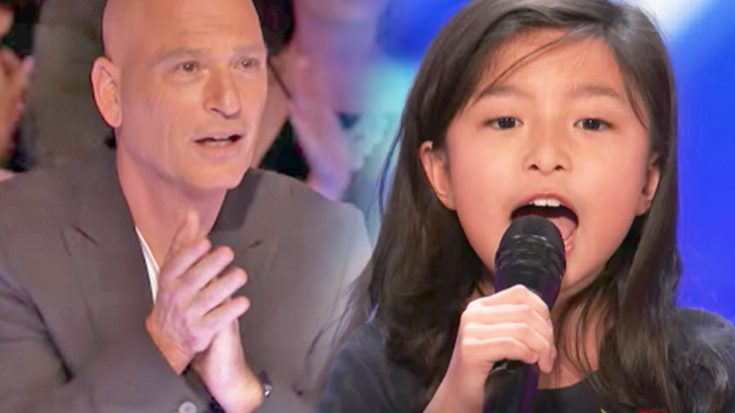 If you think this little girl looks familiar, you are correct! She began singing when she was just 3 years old and has entered many talent competitions since. She went viral and stole our hearts with a riveting cover of Josh Groban’s “You Raise Me Up” when she was five.

Now 9 years old, Celine Tam is taking her talent to one of the biggest stages in the world – America’s Got Talent! Already winning the judges over with her cuteness, Simon Cowell and the rest of the panel realized that her family might just be the biggest Celine Dion fans in the world.

Celine revealed she has a younger sister named Dion, and that her parentsdiscovered her singing talent in the car, while listening to Celine Dion. Cowell then asked which artist she would be covering for her audition.

“Celine Dion!” the young girl said with some sass, as if it were a no-brainer.

She began singing Dion’s iconic 1997 song “My Heart Will Go On”, and once the audience realized just how gifted she was, there was an uproar of applause. She hit every note with ease, giving us chills during the powerful high notes.

Dumbfounded, judge Howie Mandel rose to his feet, in disbelief of what he just saw and heard. Celine’s episode will likely air during next week’s episode of AGT, but by the judges’ reactions, we’re pretty sure she will make it through to the next round!

Watch her incredible audition below.